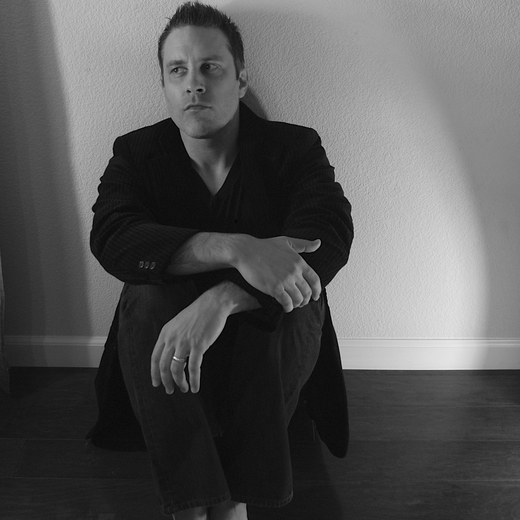 California based troubadour, Will Derryberry began showing up in local clubs, stunning listeners with a blend of roots music leaning heavily on the blues styles of Ray Charles, and Eric Clapton; to the folk styles of James Taylor, and Bruce Springsteen. “When I was 5 years old, I heard BB King’s The Thrill is Gone, something happened to me. It’s oxymoronic, but as he sang that song, I got extremely excited!” Will’s fretwork and soulful voice gained a strong following, and several years of refining his talent, he was signed onto the Sacramento based label, Fair Oaks Music. Thus teaming up with bass player Ian Kilpatrick, and drummer Baron Miller, The Will Derryberry Band was set in 1999. The trio went on to record and tour the United States, selling CDs in the tens of thousands and receiving moderate radio airplay on the Clear Channel broadcasting system, the largest radio broadcasting company in the country.

In 2003, Will’s focus was set on writing a solo acoustic blues album. That same year he released Roots. Will continued to travel and perform what some call his signature sound. Will even admits, “ After recording Roots, playing music got easier somehow, it was like I was able to be me.”

Along the way, Will met up with artist manager, and published songwriter John Cordova (of Jc7 Productions), who caught Will performing in the San Francisco bay area, liked what he heard and suggested putting together a batch of musicians and songs for Will to record. Will was intrigued with the idea of collaborating and soon found himself recording tracks co-penned by Cordova and Lou Carlozo (of Blue Lit Souls fame). After months of writing and recording songs, Target of Your Favor was released.

“It was a new experiment for me, joining together with this team,” says Will of the collective that also included co-producer Danny Duncan and a series of seasoned session musicians. “It caused me to really shift gears musically and I found myself going away from the deep and dirty blues and acoustic folk into more of a pop/alternative rock direction. This was a fun challenge for me because I proved to myself that I could cross multiple genres and make it work.”

While recording the album Seven, Will teamed up with Rescue Records/ 5 Alarm Music, the largest independent music library in the nation. This relationship proved itself positive as they worked together placing his songs “Seven” in NBC’s cop drama “Life” and “Where Your Heart Lives” in NBC’s “Friday Night Lights” months before releasing the album. Weeks before the release of Seven, the song “Still Nothing Without You” was the number one most requested song in rotation on the Zone Unsigned radio show at KZZO, a CBS radio station in Sacramento, California.

Will returned to his folk, and blues roots with the album release of Seven in March 2008. Will admits, “I wanted to get back to writing those tunes that came more naturally to me, where I could let it all hang out, be vulnerable, and real. And, honestly, I wanted to make music that I would promote and perform for years.”

Will summarizes. “I just hope to keep finding opportunities to share my songs with as many people as possible. I know that there is power in the stories and confessions of an honest lyric, as well, a melody that can take us to the place where our heart lives, struggles, and endures. Sharing this kind of song is my hope. I don’t think it’s a stretch to say we want and even need these kinds of songs because we have the innate desire to be connected with each other in an honest and intimate way.”

Songsinc.com is Onboard by Songsinc.com
“Impressive, great songs – love your vocals! All of the tracks are exceptional...”
Music Supervisor Gets It! by Lindsay Wolfington (Music Sup
“You got me!”
Freelance writer for Rolling Stone says... by Andy Argyrakis
“…Derryberry’s lively interpretations and entertaining arrangements, positioning the performer towards the top of today’s talent crop. Such a solid stance, along with the diversity and...
Too Big For Radio... by Jill No Jack “TransAtlantic Ra
“We predict Will may soon be too big for us, so make sure you take a listen on the show while you can!”
Taxi.com digs Derryberry... by TAXI Representative
“You have an amazing voice and a great feel for writing thoughtful, compelling lyrics and very memorable melodies to match....amazing artist, great songs!”