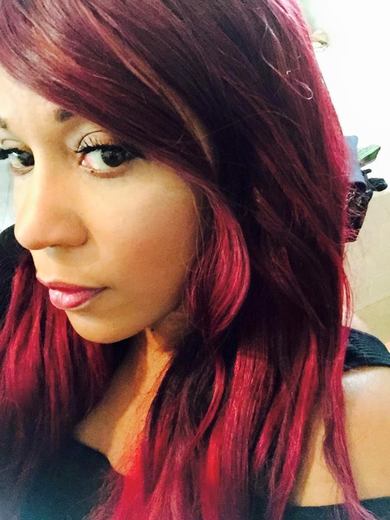 F3LECIA is a singer, songwriter, and producer born in Maywood, Illinois, and had quite a unique, yet destined entrance into the world of singing/songwriting/recording. Music seemed to be in her DNA straight from the start, as she began singing at the age of 2, and actually began re-arranging songs by the time she was 5. While listening to the radio, her parents noticed that she would take a song and totally redo it, making it sound better than the original.  In 1995, she was introduced to Glen Wallace, 8 ball & MJG, and Tony Drapper of Suave House Records. Immediately, they linked her to the label once they heard how unique her voice was. F3LECIA Was associated with the label until 1996.  In 1997 F3LECIA got a chance to enter the mainstream music world by Joining along with multi-platinum artist, Krayzie Bone from the group Bone Thugz-N-Harmony. F3LECIA met Krayzie Bone at a music festival in Houston, Texas while Bone Thugz were performing. F3LECIA states that a voice told her to approach the stage, F3LECIA told Krayzie that she was a singer and he wanted to hear her sing and had told her about a label. F3LECIA immediately impressed Krayzie Bone with her unique vocal skills. Krayzie immediately made arrangements for F3LECIA to join him in Miami after the tour, and two weeks later they started the project, Mo Thugs: Family Reunion.