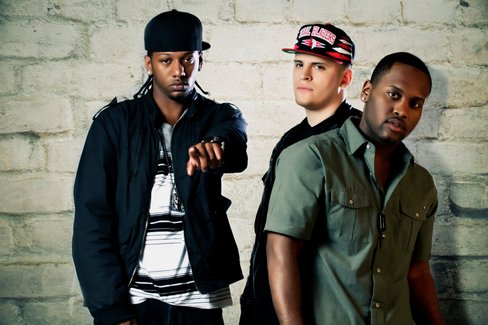 Hood Angelz Artist Biography When you hear the name “Hood Angelz, you visualize fate, something extraordinary that’s destined to be great. This group was not created and fueled by label execs or multi-million dollar agencies as many groups are, it was founded by coincidence. In 2008 Elby and Dubbz worked together at FedEx grounds. Though they couldn’t help but feel that they knew each other somehow to the best of their knowledge the only thing they had in common was their job. As time went on the two got to know one another they realized that they had much more in common than just their occupation. Elby and Dubbz both attended the same high school and as fate would have it had the same passion, music. Elby and Dubbz both enjoyed every aspect of creating music from making beats, to free-styling to writing R&B lyrics they not only loved, but were destined to create music. After countless conversations about their love of music Elby and Dubbz decided to put words into action and began recording their first song “Get Stacks”. Although recording their first song was strictly for fun, both men realized that they had stumbled up something much more than just a hobby. They realized that they were creating a new breed of music, a hybrid that compiled different genres into one. As time passed and their skills improved they began to share their music with family and friends. The feedback received was so great that they agreed to try performing. After their first show hosted by Audio Liquor Entertainment Elby and Dubbz realized that there is a big difference between creating music and performing music…a very…very…big difference. Needless to say the two returned to the studio to continue doing what they do best, creating music. Not long after deciding to stick to the studio Dubbz was introduced by Jay Price to Cly Young. At the time Cly was an aspiring R&B artist looking for studio time and a chance to record his songs. Dubbz offered his small-home studio to Cly never anticipating the outcome. The three men joined together and began writing music with lyrics and melodies that both men and women could relate to. Each individual brought a different aspect of creativity and originality to the group. The result of this collaboration is what we share with you today, the creation created solely by fate, hood angelz.