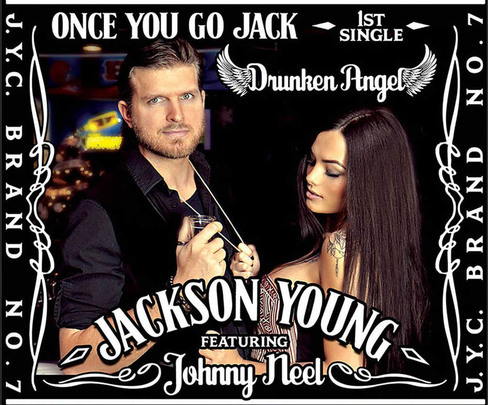 Jackson showcases nationally in venues and festivals which have included B.B. King’s, he gets featured on T.V. and radio, places and wins national contests with past exposure to 6.9 million people. Headlines/features for philanthropy for great organizations like; Gilda’s Club, St. Jude’s, Asphalt Templers, and more. College performances have earned current endorsement by Sigma Pi Fraternity International, reaching 100,000 alumni and 5,000 undergraduates nationwide. “Reward is giving,” Jackson believes.

Jackson has also been honored to share the stage with national recording artists such as; Shooter Jennings, Katie Armiger, The Beat Daddy’s, Bryan White, and the one and only Johnny Neel from the Allman Brothers Band.

As a professional actor, Jackson has been featured as an extra, principal, and music video choreographer. He has experience in major motion picture, commercials, independent film, and television - some of which have been CMT and 20th Century Fox distribution, among others. In commercial, video, and currently independent film, he has been responsible for co-writing, casting, co-editing, producing, and executive production.

Additionally, Jackson has been a talent scout director for a national talent agency, co-directed and worked with some of the best and most innovative actors and directors in the industry today such as; Armie Hammer, Kristoffer Polaha, Brooks & Dunn, Ruben Studdard, Brad Hodge, Aaron David Thomas, and many more.

Fortunate to have studied under a three-time world champion, Jackson has professionally trained in the style of Ballroom, Latin, and Swing, and has performed privately for groups numbering more than 100 people. Owning a private dance company, Jackson taught group and private lessons and choreography.   While a professional instructor, his students won placement in Pro-Am dance competitions. Jackson has also been a featured principal dancer and choreographer for a national cruise line video.

In traveling the United States, Jackson represented and sold premier couture costumes for the company accredited for designing and dressing the first season of ABC Television’s “Dancing With the Stars,” giving him the opportunity to work with the world’s best.

Jackson was the face and spokesperson for “Rooter Man A Corp” for four years during which time he co-designed the current costume. His image was on trucks, the internet, the company’s website, and a toy that was made in his likeness, which he also co-designed. While the face of the company, Jackson traveled the country performing for promotional and grand opening events.

Jackson has also modeled and walked the runway for “Manny Ready to Wear,” a premier couture designed by Manny.  Manny is the son of the famous clothing designer “Manuel” who is accredited for the “Nudie Suit” worn by various icons such as; Johnny Cash, Marty Stuart, and many others. Jackson has also been the cover model for each one of his albums; First Sessions, Let It Ride (National Distribution), and currently Once You Go Jack. Most recently he is currently the cover model for a three book series, Diaries of a Casanova; Legend Awakening, Twisted Angel, and Rising Redemption which are co-written by US Today Bestselling Author, Randi Alexander.

Jackson says, “Wear lots of shoes you will never regret where they take you.” 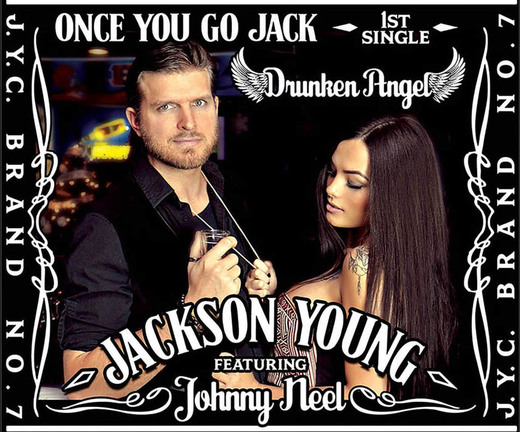