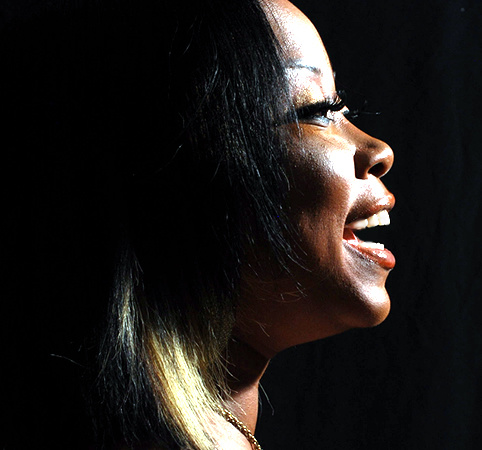 Joy Dennis is a vibrant singer/ songwriter from Jacksonville, FL. Following in the footsteps of her grandmother, Joy developed a passion for music early on, influenced by artists such as Jill Scott & Billie Holiday. It’s no surprise that she offers a throwback retro sound to complement her powerful voice.

Ri Magazine quotes, “Joy Dennis exhibits indie artistry at its highest caliber, definitely for the mature and sophisticated. Her vocal skill can be compared to the likes of Natalie Cole, Jill Scott and even Angie Stone. Joy Dennis’ soulful-urban-jazzy-melodic vibe hits all the right spots!”

Though she has been active in the music industry since 2004, she hit the Indie Circuit globally with her debut single “He Awaits” which was released in February of 2010. The track was instantly acclaimed as a highlight, as well as a fan favorite on the album, “Music Is”, released just 3 months later. She is most recently known for being the opening act on Variety Entertainment’s Funk Fest Concert Tours, which included headliners such as Charlie Wilson, Frankie Beverly, Babyface, Keith Sweat, Faith Evans, Jaheim, BBD, SWV, Slick Rick and more.

Find out exactly what Music Is… to Joy Dennis. Experience 16 addictive tracks of words and melodies that span through the ages. The Debut Album from Joy Dennis “Music Is” now available in hardcopy on JoyDennisMusic.com and for download on most online retail stores including iTunes, Amazon & Rhapsody. Sit back and fall in love with Soul, Funk and Jazz!