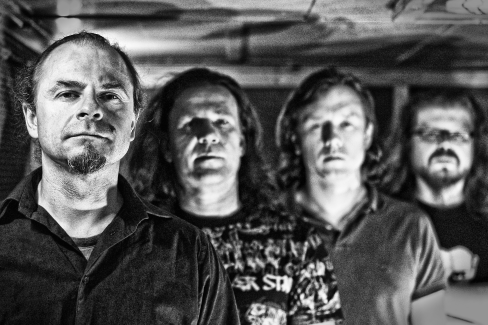 LEBOWSKI - A polish band founded in 2002, playing a wide spectrum of progressive music

On the debut album in 2010, listener gets to experience the tunes along the lines of artistic rock, motion pictures music, experimental and improvisation, all in harmonized integrity

"Cinematic" is music for a non-existent movie

From a theme aspect we can intrepidly consider it as a concept album, dedicated to the 'big figures' of the polish and world cinema

What comes to the music - the CD is very compact, enriched with dynamic patterns, creating a self-collage. Like a picture of a good director. Lebowski holds listeners in tension, changing the moods, playing according to emotions. Complex and multidimensional compositions, are enabling a surprising and dynamic plot

The entirety is completed with rich instrumental use and the whole ensemble is an interesting arrangement, where the music isn't held from being in some cases ascetic, modest and soft

The "Cinematic" has generated a lot of interest within Poland and in other countries. After a few months the band noted almost 100 reviews from over 20 countries, "album of the week" titles in Poland, Canada, Brazil, Finland, printed press releases in "Metal Hammer" (Poland), "Teraz Rock" (Poland), "LIARD" (Poland), "Nocturne" (Serbia), "Inferno" Finland"
2011 had started with the International Rock Conspiracy festival in Berlin and will be spent on gigs and tours, one of them includes performing of the same festival together with Brendan Perry, Pain of Salvation and Wolf People