March Forth performs music that mixes influences from classic rock bands such as Led Zeppelin, Black Sabbath, and Aerosmith, and incorporate it into alternative/garage rock to create a sound that adds a breath of fresh air to today's rock music by bringing it back to its roots; yet still sounding relevant. March Forth consists of Anthony D'Elia (Vocals), Eddie C. Lanes (Lead Guitar), Moiez Ismail (Bass), and Matthias Balaban (Drums)

The band's astounding drums, bass grooves, guitar riffs, and solo's, come together with powerful vocals and catchy melodies to create an energetic live show that will have you singing along and jumping up onto your feet

Previously the band has performed all around Toronto and the GTA for various festivals, fairs, and concerts such as Canadian Music Week 2011, the UNITY Festival at Yonge-Dundas Square, Markham Fair, OCAD University's Orientation Week, York University, University of Toronto, The MOD Club, Lee's Palace, and many more. 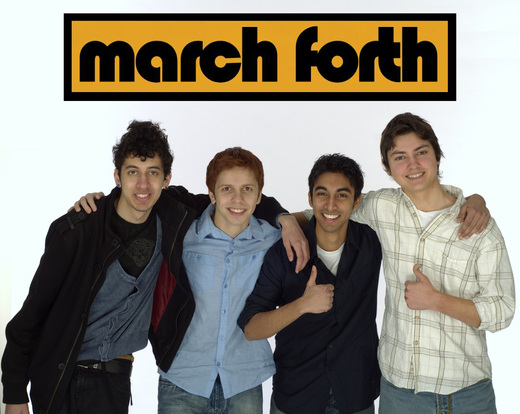