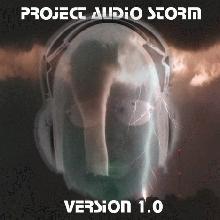 Review: Like A Heavier Version Of Extreme
Well, firstoff the guitar riff is a killer; it is a serious ball-crushing groove. This reminds me of the Swedish stoner rock group We as well as a heavier version of Extreme. The vocal arrangement is especially well done. The antiphonal vocal riffs at the end of the song were particularly rocking.
Reviewed by: misanfopic from Akron, Ohio
featuring Evan Edmonds on guitar.
written by Storm Williams and Evand Edmond.
copyright 2006 frog farm records.
Uploaded: April 30, 2008
Duration: 3m 44s

Comments for Holdin On

the band name matches the music perfect, great job guys!!Also come check out our song "I envy my doll" later
by Ghostintheline on May 11, 2008 at 2:13 PM EDT