« See all of Rosanna's Raiders' Songs 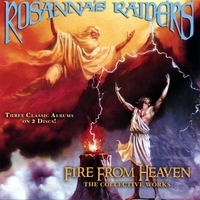 ROSANNA'S RAIDERS - FIRE FROM HEAVEN: The Collective Works (Collector's Edition) 3 albums on 2 CDs. The1987 release Calling Down Fire and the 1988 release Clothed In Fire (both originally on Pure Metal Records) in their entirety are both on disc 1. Thoroughly remastered for brilliant sonic clarity. For fans of Vixen, Rez, Barnabas, and Heart.
Uploaded: February 2, 2008
Duration: 3m 50s

Comments for Inside is Living Hell