« See all of Trabue's Songs 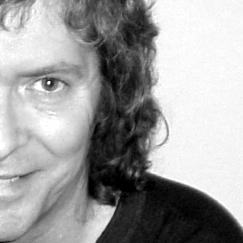 "Still, I Love You" was written and recorded in 1979 by Trabue. All vocals and guitars were performed by Trabue. The recording was also engineered by Trabue.

The song was originally recorded as a conceptual piece with a running time of 4:39. For airing purposes the conceptual intro was trimmed making the running time 3:50. The song was inspired by a personal experience, the impact of which is dramatically reflected in Trabue's performance of this emotionally charged piece.
Uploaded: January 6, 2009
Duration: 3m 50s

Comments for Still, I Love You

I'm one of the lucky ones that got my hands on this song and a handful of others by Trabue a few years ago. For months I had to get my "Trabue" fix in my car on the way to work everyday and that's saying a lot since I pretty much don't like anything besides 90's stuff! I don't know, there's just something about the story in this song and the way he sings it...gives me goose bumps, especially at the end. My only criticism is, I've got the extended version and, yeah, it's longer but it's so intimate and kind of completes the story, kind of like when you see the director's cut of a movie. All of a sudden it becomes more clear. Why do artists cut things up like that? I wish he'd put that one on instead. Aside from that, pure Trabue coolness! Put more stuff on dude!
by Jmyers on January 9, 2009 at 5:36 PM EDT