« See all of Zameer's Songs 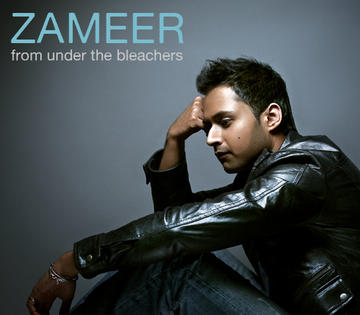 Zameer is an award winning musician ranked amongst Toronto’s top 10 performers by the world’s largest music festival, Emergenza.
His debut album was produced by 5xGrammy winning Steve Thompson, and his debut single was licensed by the Paralympics to promote their athletes at the 2010 Vancouver Games. Zameer’s unique style has led him to tour in Canada, Pakistan, US, Norway and the Bahamas with John Mayer. Zameer is 1 of a few mighty indie artist responsible for changing the face of the industry.
Uploaded: April 7, 2010
Duration: 2m 49s

ok I'm gonna leave messages at each band and see how many times the same one comes up where I have to vote and see how many of the top 10 bands actually show up and compare. Also note the time a single band has come up in the rotation.
by Aguitar on April 21, 2010 at 8:30 AM EDT

not my bag. but you know what??? all you song writers??? hooks right off the bat, and out front vocal. simple production though. needs more depth.
by chuck guitars on April 15, 2010 at 3:13 AM EDT