« See all of Sawyer & Hurley's Songs 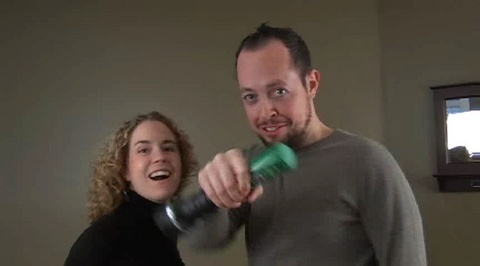 / 1:57
"FreshLight" is a television commercial parody we created as our submission to the 2007 Film Racing Grand Prix. The "surprise elements" that we were given at the start of the contest were, "The Future" and "Flashlight." It was written, shot, and edited in under 100 hours. Enjoy!
Uploaded: December 5, 2007
Duration: 1m 57s

From the makers of "Vacuum Chair and Pillow Hammer" was brilliant