« See all of THELADYZ's Songs 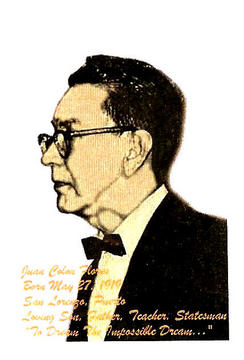 My father came to the US from Puerto Rico with the wave that entered New York, Philly, Chicago, Detroit and all the major cities where they might find work. He learned English in the U.S.
Army in WWII, where he enlisted to help feed his widowed mother and four brothers and sisters. He started the first Latin Credit Union in Chicago, stood up for his own rights and those of all his friends. I never saw him back down from a fight, be it verbal or physical.
Uploaded: February 26, 2009
Duration: 7m 2s