« See all of Broken Ride's Songs 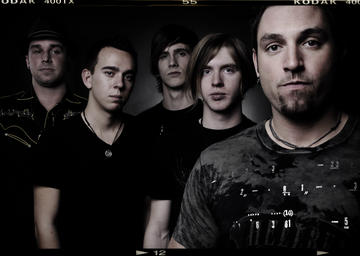 Congratulations Guys! I am sure that there are a few cases of sour grapes out there, all looking for an excuse for why they aren't in your shoes. But it is not a coincidence that you finished top ten in two competitions. It's all in the fans impression,and you got it. Enjoy!

My wish is that you take this responsibility to not only promote yourself, but to promote Canadian musicians as well

Wow, congrats on making it this far people! We have some really talented artists in this province. No, not every band is my cup of tea- (code for Guinness...mmmmm Guinness) but that's what makes it so great. It's so diverse, there's something for everyone. Alberta should be proud and we should all be proud. Good luck to you all!
by Mark Puttick on April 29, 2010 at 12:56 PM EDT

hahahahaha, Crybaby? Yeah guys, the tears are flowing... I was simply responding to the people who think we're "cheating" in this contest. Thanks for teaching me how to "make it in the industry" though, I'll be sure to take advice from someone who hides behind an internet alias.

There is no contest in Calgary, so we are entered in the Edmonton and Regina competitions (just like all the other awesome Calgary artists), and we are doing well in both, so i guess that tells you something. Thanks again to our fans who have made this possible!! Congrats to all the other bands who made the top 10 as well!

AND For the record, i wasn't taking a shot at Social Code, I went to school with Travis and Logan, I was saying the people who said we were "cheating" because of our "lack of myspace friends" and comparing it to our success in this specific contest... I was saying it is unrelated... and that's why i used Social Code, because they are respected and have a big fanbase, I have nothing against them and never will. So learn to read, please, before you think I'm "crying" and "taking shots" at people

But thanks for your thoughts. I'll cry myself to sleep tonight wishing i could impress you one day. Now respond with something smart to say... I won't hold my breath.
by Dylan Roberts on April 29, 2010 at 4:56 AM EDT

LOL!!! What a F***ing baby! Wah Wah! go home Broken Fags! Its where you belong and will end up staying. Can't make it in calgary so your trying here? dream on! this is where the future stars are made its not for pussy bitches like you guys.
by goauto1101 on April 28, 2010 at 8:54 PM EDT

Hahahahahahaha I love the mental breakdown from the over confident cry baby of broken ride. Just face it and get use to it that your band sucks at the moment, the music and song writing just isn’t there yet, whether you formed a year or a decade ago. You guys are going to have to learn to accept some criticism from other artists and listeners to help better yourself or else you will never make it in this industry. Taking a shot a Social Code from edmonton and claiming that you are more established doesn't help your cause in anyway, Social Code is a well respected band from Edmonton and you just burnt your ass’s there. ALBS is a joke and you guys will be eaten alive, etown will end up making a joke out of our subpar music. Go back to cowtown you cry baby and practice at being true musicians who can accept the harsh reality of the real world.
by yellowred130 on April 28, 2010 at 8:48 PM EDT

This is hilarious! We're being accused of cheating because we have not as many "myspace friends" and not as many "facebook friends" as the other bands?! - we only solidified this current group a year ago... and yet people are voting for us! And our fanbase is growing! Does it really matter?? The band "Social Code" has been on Muchmusic, they have a huge fanbase and everything and they didn't even make top 20 in this contest?? So your criteria is bogus. I don't even know HOW we would cheat, let alone any of us having the computer know-how to try and figure that out, or the time to bother with it. Stop being so angry that we went from 12th to 1st in a day... we had a mass influx of fans that day. Just deal with it and move on. We'll see some of you guys at the ALBS battle so don't hate us when we laugh in your face for calling us cheaters.... i mean unless cheating is getting our fans to vote for us. God forbid. Any other hateful comments you can send to us after this contest is over www.myspace.com/brokenrid

p.s. Come to our live show, I'll outdance anyone in the crowd, while playing

"Such giant leaps!" lol... like any of the other bands have opened for acts like Bon Jovi before. Every single one of you will sound more amateur

Not original? Have you heard this song before? Nope. then it's original. You could name any band in this competition and I'll name a band that they sound like. That's what makes people like bands... association

But thanks for coming out and trying people. Your ego crushing energy will have to be spent on the next band