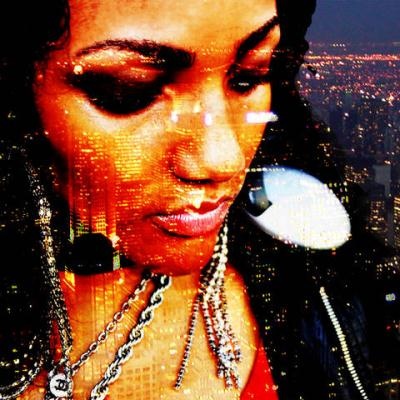 Nefertitti Avani
Singer/songwriter Nefertitti Avani has always had the potential and motivational drive to succeed the wildest dream and imagination. Born Nefertitti Hakim, in Cleveland, Ohio to the loving parents of Arjuna and Rosalyn in the late 80s. Nefertitti began singing at the tender age of 2 years old and performing at talks shows and spreading her angelic voice in the heart of Cleveland by the time she graduated from school. Ms Avani began to pursue a singing career with the help of her brother Teshawn Johnson, who started managing her career. The rising star of 2011 then met underground singer/producer P Jonez—aka Kris—who currently works for super producer Young Yonny (also from Cleveland) who has produced hits for major artist including Mya, Britney Spears, Lil Wayne, Trey Songz and Rihanna.

In fall 20ll, Nefertitti released her first hit single Oxygen, a song to show off the amazing and gifted talents that only Ms Avani can portray. Nefertitti then meet marketing and promotional team the Coventry Kids. She started working and producing songs for Ms Avani for her new sophomore album slated to be released some time next year.

Nefertitti Avani
“When I was younger I didn’t think my dreams would come true because school taught us otherwise. But once I graduated high school I knew it would only be a matter of time before the world knew my name. Living my dreams as a singer and songwriter from Cleveland is something that has always been constant in my life”

Nefertitti aspirations and ambitions began in early 2010 when she started to record music. It wasn’t until early 2011 when she decide to quit her 9 to 5 and really look into the music scene. Since thousand of artist has faded in the dark when it came pursuing a recording dream in Cleveland, Nefertitti said the impossible is no such thing! Any musician in Cleveland can make it. By the time spring 2011 rolled around Nefertitti Avani found interest in a young producer from Ohio named Kris Day, who produces, sings, acts, and is also a song writer. His list of artist includes Chris brown, Solange Knowles, Toni Braxton, Lloyd and countless others. Kris started to created a unique sound within Nefertitti vocal range. Nefertitti then confided in her old high school friend who remains anonymous, that this person was suppose to manage Ms Avani and take her far above the mountains to reach her full abilities. But something just didn’t work out and her brother Teshawn Johnson then deiced to step up and help her music career soar like it was suppose to.

“ I got so tired of Nefertitti Avani just making music, I wanted to help her out…Give her some confidence I started calling people, and the I found the Coventry Kids. I knew the could help her with her singing career”

Nefertitti Avani is on her way to achieving the ultimate goal of becoming a mysterious artist.

“ I’m so glad that I meet Kris. Our friendship has grew over time, I cant explain it!…This record is pure genius! There is R&B, then there’s me and my own genre of music. I am so glad I can take my ideas and make them into timeless records.”

In December 2011, Nefertitti signed a license agreement with and independent agency called Our Stage. Now Nefertitti is working with movie soundtrack veteran Patricia Joseph. People of 2012 be ready, there’s more in store including a new album, more performances and her latest hot single ‘Dance 4 U’ being released in winter of 2011. It looks like Ms Avani’s dreams aren’t a fable but a reality.