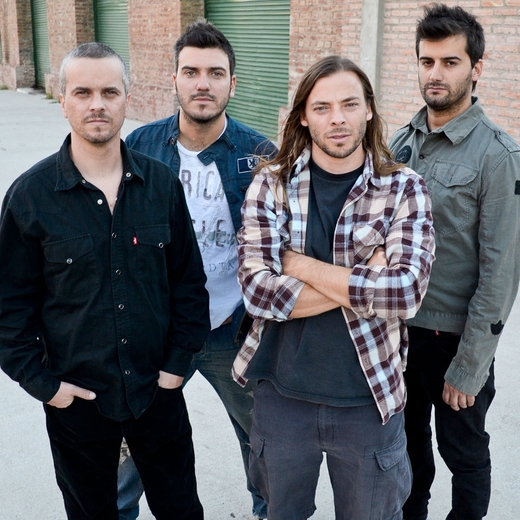 By the year 2004 Jose Visconti  and friend/guitarist Cesar Fernandez had already been playing the local bar and pubs scene putting some  acoustic shows in front of small audiences , but a repertoire of own songs would take some longer time and experience. In 2005 once some songs had been written influenced by travelling to Europe and the Americas, guided by European producers, the idea of putting a band together grew bigger and stronger , so it took little time for the two to talk Cesar Fernandez´s cousin, Enrique Paglia into joining in and be a small step to become a four piece band. Cesar F. and Enrique P. had shared some stage experience in the former years playing together in a fairly well known local rock band called “Medium”. With the music and identity of the band rapidly shaping up Cesar Nocetti joins the group to complete the band.

Odoghan´s debut album, “To mars” was released in 2009 (currently sold online – amazon.com and Itunes.com). In 2010 the band released an EP, consisting of four songs, three new ones anticipating what will be their second album and a re-mastered version of their first single “Sail to the Moon”.  Sail to the moon´s video clip is released as well in 2010. 2011 finds the band finishing the recording of the songs of the second album to be entitled “Fire” and at the same time two of their songs were included in a Dvd/ Compilation project produced in the U.S (to be globally released) to raise funds to help Japan´s victims of natural disasters.

With a new album to be soon released, playing regularly shows in Cordoba city and surroundings, the band recently opened for Joe Cocker & Roxette in one of Argentina´s biggest and best venues, the “Orfeo Superdomo” in front of an audience of 2500 & 4500.