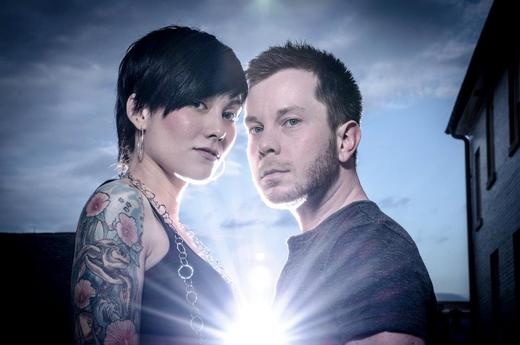 Pretty Gritty is the serendipitous joining of the talents of Blaine Heinonen and Sarah Wolff, both from Montgomery County, MD.  Although they originate from different rock bands, fate brought them together at local “open-mic” nights, where it became evident that they shared an interest in writing and performing songs that mix country, rock, blues, and soul.  It’s said that she brings the “pretty” while he brings the “gritty,” combining for an engaging alt-country duo with seducing harmonies and addicting acoustics.

Now Blaine and Sarah have returned victorious from their first National Tour and are in the studio finishing up their new EP. This third recording project was made possible by their amazing fans and supporters via Kickstarter. Do yourself a favor, come experience Soulful Americana at its best.