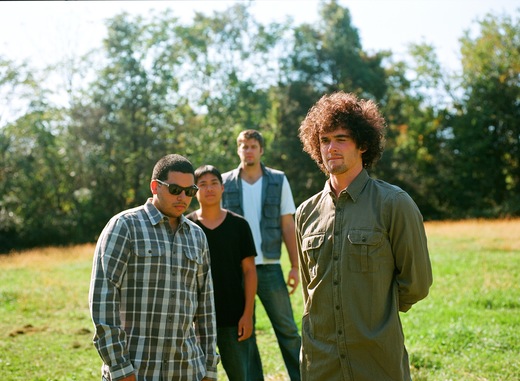 About A Cool Stick

In the months leading up to my college graduation, I did not know what I was going to do for a career. What I did know was that I love to write and rap. I had been rapping all through college but it wasn't until my senior year, when our school was hosting a battle of the bands, that I decided to put together a live group. We called ourselves "A Cool Stick" (a play on one of my favorite words; acoustic). We won the battle! Our reward was that we got to share the stage with Citizen Cope at our spring Palooza. After stepping off of that stage in the Spring of 2009, I had a career plan; Music.

Since then, A Cool Stick has gone on to do some amazing things. On a musical front, we have released three different projects all of which have been successful in their own right. Our first project, "A Cool Stick.com" (2009), received a couple thousand downloads and put us on the map in Baltimore. In 2010, we released a mix-tape entitled, "The Dopeness" which received over 20,000 downloads and was regarded on multiple national blogs as one of the top 10 mix-tapes of 2010. Our latest project, "Bird's Eye View", which truly displays the sound of A Cool Stick, was released on 11.11.11 and has earned over a thousand downloads and a lot of press from blogs everywhere. From a live perspective, we have shared stages with national acts such as Drake, Big Sean, and Sammy Adams. These accomplishments were highlighted when A Cool Stick was named "Baltimore's Best Hip-Hop Act of 2010" by The Baltimore City Paper. As we continue to grow as a band, we aim to become a nationally touring act and a household name so that everyone can know who A Cool Stick is and what we stand for

We are a four piece, live Alternative Hip-Hop act and we play with passion and purpose. Our passion, is everything music; writing, recording, and performing. Our purpose, is positive energy. When want to leave this earth having given people an optimistic way to approach life and the best way we know how to do that is through music. We feel that we can fill a void in today's music scene in that we are a live Hip-Hop act with lyrics from the heart and music from the soul. Musical acoustics deal with how sounds are employed to make music work. A Cool Stick makes sure that our sounds are working towards something that is truthful, beautiful, and musical.