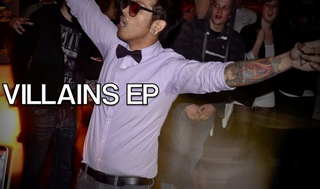 BBNR! formed late in October of 2008. What began as a passtime, quickly erupted into a movement. Under the course of 3 short years, BBNR! has had the pleasure of sharing the stage with such acts as Shwayze, Dj Skeet Skeet, Danger:Radio, Macklemore, Forgive Durden and just last year- the boys won the “Verizon Wireless Battle of The Bands” contest to fly out to SNHU and open up for Gym Class Heroes.

The boys built a respectable buzz in their hometown of Seattle, WA- which landed them a sponsorship by Jeepney Clothing and promoters of historic venues constantly asking the boys to headline, but BBNR! had only begun to scratch the surface…