Carrie Marshall has an amazing ability to wrap her heart and voice around a lyric, infusing each song she sings with a power and poignancy all her own. With expressiveness and sincerity, Carrie captivates listeners with the depths of her velvety rich voice. Her piano and vocal style is reminiscent of other soul and jazz songstresses as Adele, Norah Jones and Diana Krall. Keith Mohr, founder and president of Indieheaven.com, states: “ I have worked with literally thousands of independent artists since 1997…Carrie is one of the most gifted and her voice is stunning.”

Carrie began performing for audiences at the tender age of 8 years old and hasn’t stopped. Her experiences have allowed her to perform at a variety of venues, from intimate coffeehouses and wine bars, to large convention centers with audiences of over 10,000. She toured with a band in the Boston region for over 10 years as lead vocalist and keyboardist before launching on her own with her debut CD in hand.

A move to Nashville brought Carrie to the hub of Music City, where she immediately began performing in songwriter’s nights around town, honing her skills as a writer, and doing vocal session work in recording studios. People were quick to take notice of Carrie’s unique voice and emotive songs and she had many opportunities to work with some incredibly talented instrumentalists and songwriters, including hit songwriter, Tom Douglas, (noted recently for his CMA song of the year, “The House That Built Me”, sung by Miranda Lambert). While in Nashville, she recorded her album, “Redemption”, taking the listeners on a journey of struggle to hope. Filled with honest lyrics, catchy hooks, aching ballads and soaring inspiration, the album features such songs as “When Love Was Green”, which placed in the semi-finals of the BBC’s Songwriting Competition in 2008.

Residing in the Queen City since 2008, Carrie has worked with several of Charlotte’s top musicians, performing a blend of her original music and jazz laced pop at such places as the Mint Museum, Founder’s Hall, the Charlotte Today show on WCNC as well as several country clubs, wine bars and music festivals. Carrie’s song, “Queen City” won 1st place in in the 2010 NC Songwriter’s Co-Op Competition and was voted one of four of Charlotte's top vocalists by the Carolina Entertainment Network.

Whether performing solo, or as a duo, trio or full band, Carrie is sure to make music you’ll remember! 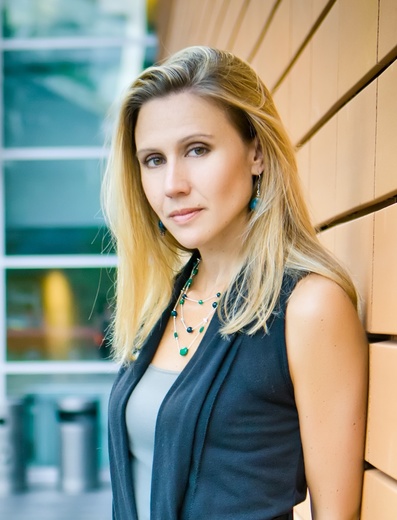