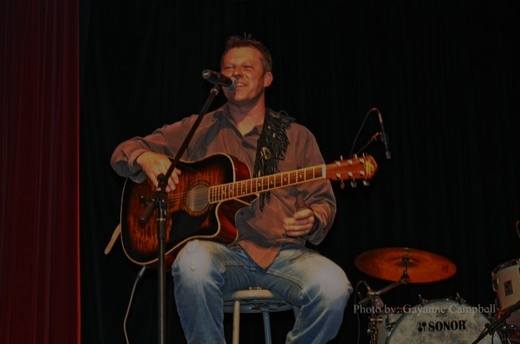 My name is Chris Renaud. I was born and raised in North Bay, Ontario and still reside here. I have been playing and singing music since the age of 9 when I first entered the Canadian Open Country Singing Contest in Simcoe Ontario.I started my first group at the age of 15 called "YOUNG COUNTRY". I won The Ontario Open Country singing Contest at the age of 17 at the CNE in Toronto Ontario which gave me a Recording Contract with Rainbow Strudios and allowed me to record my first Original Song called "LOVE IS BLIND" I had the honour of having the great Steve Piticco and South Mountain as my studio musicians. The single done VERY well overseas and in the U.S. but unfortunately wasn't played that often on Canadian Airwaves. My group "YOUNG COUNTRY" came to an end 9 years later when the boys decided to further our educations. At this point I joined my Fathers group called "LOVIN COUNTRY" and I still play Bass Guitar, sing main vocals, and Backgroung vocals as of today. I have competed in Nashville star, CMT Karaoke Star and The North of Nashville Competitions. Today, my family oraganizes the Northern Open Country Singing Contest in North Bay, On and my group plays the back up music for the contestants. I post songs on FB and think about making a CD of all my originals everyday. One little thing......20,000 lol I will continue to play and sing country music until I can longer. I love people and knowing that my music makes them smile and allows them to express emotion. I thank everyone that supports me and wish all musicians and vocalists great success!!! Thanks for reading!! See you out there!!