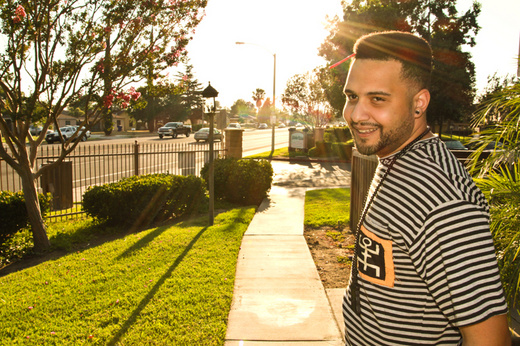 The average rapper nowadays must answer to whether his music is Underground, Mainstream, Auto-Tuneish, Southern, Gangster, Hipster, etc, when all along they share a common bond. Southern Cali artist Curtiss King has coined this bond as Blog-Hop. Curtiss King describes Blog-Hop as the up to date approach to a music industry making a transition to an even more digital age. Blog-Hop is identified by it’s viral song circulation through the form of blog-sites and downloadable links. Considered the middle ground between all sub-genres of Hip Hop, Blog-Hop is music colossal enough to bring Hip Hop fans together and sound dope even on crappy computer speakers. And better believe Curtiss King has the credentials to represent it right.

Hailing out of Inland Empire, California, Rapper/Singer/Producer, Curtiss King has pioneered a unique sound with Blog-Hop. Sprinkle in the pot a blend of fresh song concepts, a BEASTLY delivery, a flow smoother than suede on ice, and addictive choruses over arpeggio synthesizers, big drums, and samples from just about any genre… and you’ve got a Curtiss King serving of Blog-Hop.

With a grassroots movement Curtiss King has just about plastered his name everywhere. Through his production company he’s been able to produce for Up and Comers such as Ab-Soul, Young Rook, Kandi Cole, Dana La Rock, Reign Major, & J-Smooth. Through his own negotiations he has also been able to get his music placed on TV with corporate giants such as MTV2, FUSE TV, and VANS inc.