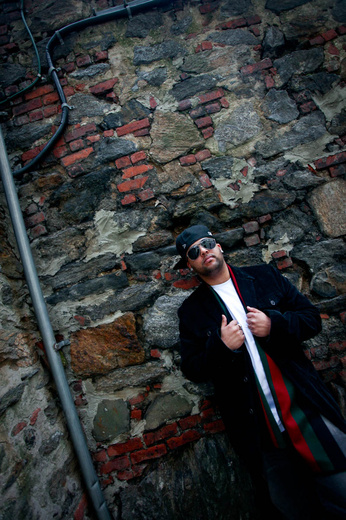 Johnny Hernandez known artistically as "DaeNite" was born in the Dominican Republic on April 5, 1979 to mother Maria Fernandez. Johnny and his family migrated to the United States when he was three and settled in Washington Heights. Growing up in the heights had a significant impact on Johnny's artistic expressions as his youth was a battle of the beats.
His latin root sounds of bachata and merengue blasting on one end of the block while the urban hip hop and R&B culture blasted on the other, it was in these rhythm filled streets of the heights that DaeNite's hybrid flow and style was born. Although growing up Johnny frequently expressed himself artistically through painting, sketching and poetry.
Johnny aka " DaeNite" didn't tap into his his musical artistic abilities until early 2000 while serving as a soldier in The United States Marine Corps where he wrote his first song. After writing his first song, Johnny continued to write songs as a means of expression. Each song telling a story of love, life, luck and lack thereof. DaeNite's evolution as an artist commenced in 2000 and grew from a few verses of survival, the street elements and life to a debut album that combines the soul of baladas, the realness of hip hop and the sultry sounds of his latino culture . Johnny is a self taught writer, lyricist, arranger and vocalist whose love for his music, culture and people inspired the creation of DaeNite one of the most talented and versatile latin artist yet to be discovered by the entertainment industry.