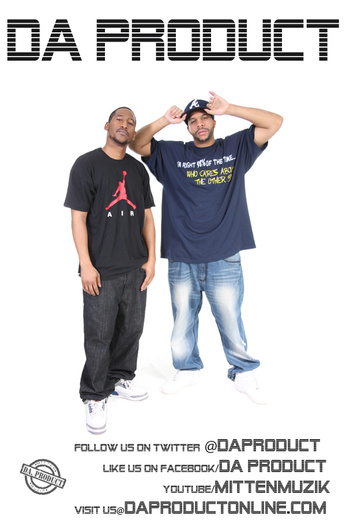 Both raised by Jazz musician fathers, D-Bell and Dolamike were introduced to music at a very young age. Even more ironic was that their fathers had been in a group together in the past. Though separately achieving moderate success as solo artists (with D-Bell coming close to landing a deal with superproducer Jazze Pha and Dolamike getting featured on tracks with his cousin Shoestring of the infamous Dayton Family, and even was a good athlete but chose the streets over sports, and probably could have went pro in football) D-Bell and Dolamike realized after frequent collaborations that their music collectively was undeniable.After receiving club and radio buzz with their track Bad Lil' Mama (which was not only played on local radio, but spread to Detroit, TN, Alabama, and 12 other states. To date, the record has 1200+ radio spins their beginning video was they featured on Blow TV, they also have a mixtape with DJ SMALLZ called SUPPLY & DEMAND which has over 50k downloads. Because of the great success, Da Product was the first group in Flint, MI to get their song played on radio on Flint Club 93.7),Da Product released a street album entitled The Recession Is Ova and will soon drop their Bangers of 2012 Mixtape which features D-Bell and Dolamike flexing their skills over the top tracks of 2011-2012. Da Product influences include U.G.K., 8-Ball & MJG, NWA, Jay-Z, T.I., Young Jeezy, Rick Ross, and Lil' Wayne. Da Product have also opened up for Flo-Rida, MIMS, Maino, Jeremih, Esham, Young Dro, and Waka Flocka.