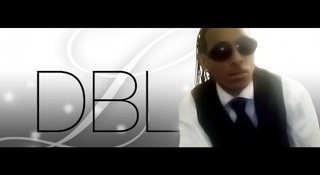 Lamar DBL Lawson, an energetic R&B singer/ songwriter, was born on June 17, 1988 in Southeast Washington D.C. Hes been working tirelessly to perfect his craft. DBL was born into a life of music. He found his passion for music at the young age of five. His father, James Lawson, was a professional drummer for the legendary Motown records. DBL grew up singing in his church choir and school chorus. While in the church choir he sang numerous solos because the director said he had that certain something. In his school chorus he sang the leading parts at concerts that the chorus would host. DBL also sang in bands, Justice and NIV. Both were gospel groups. Justice was a hip-hop group of Kettering Baptist Church, in
Upper Marlboro Maryland. They performed concerts at many churches across
Maryland and parts of D.C. Justice later became NIV. NIV was a gospel Go-Go group
in which DBL was the lead singer. NIV also performed also at many churches
across Maryland and D.C. NIV hit its peak when they were asked to be the main
band at a Christian convention. DBLs soulful vocals kept the audience glued to
the performance and on their feet. As DBL got older he found that he would like to his career in music more seriously. He then began recording numerous songs and putting them on Myspace. No quicker than he could put the songs up he had a buzz, which landed him a manager with BSM Music Group. It seemed as though DBL was on his way. With the power of BSM and the CEO of Knockout Entertainment, Mike B, anything seemed possible. Then, ties between Mike B and BSM went sour. It seemed as though the powerhouse that DBL was apart of was drifting away from his grasp. Still, loyal to his manager DBL stayed with BSM making hit songs such as Sweat, Dreamin, Truth Revealed, and circles. His deal with his manager went sour. This did not stop DBL. He quickly regrouped and began working with the nationally acclaimed manager Mike B of Knockout Entertainment. Being inducted into the Knockout family also put him in a family with a large array of different artist. Some artists include Shannon Briggs, Carl Thomas, Lil-Wayne, Plies, Bow Wow, Katt Williams, Aj Johnson, and Kanye West. Once he hooked back up with Mike B his career began to take off. He has done shows with comedian, Alex Thomas, Shawty Aj Johnson, Bruce Bruce. In more recent accomplishments DBL is just returning from the 106 and Park Tour that took place in Charlotte NC. He has also done shows with and had the pleasure of befriending such artists as Day 26, Donnie Klang, Trey Songz, J. Holiday, Bow Wow, and Soulja Boy. He is getting ready for his first quarter release. DBL will take the entertainment industry by storm. This is a name you will not soon forget. His amazing drive and "go get it" attitude pushes him on.
DBL says, I just want to share my gift that God has given me with others. I just love to entertain. With his patience, hard work, and passion for music he
believes that he will get the right deal he is in search of. Success is what you put into it. For DBL, music is not a hobby. It is his life. Other artist, such as O and Kay say that DBL is a great singer/ songwriter/ performer. His fans have nothing but good to say. Be sure to keep up with DBL for upcoming music and shows. He is a rising Star. Remember, for DBL, music is not a hobby, it is his life.
Currently DBL is working with G-Unit Producer Mike Blayz on his singles for national radio play. He is also getting ready for his radio promotion tour and many shows that will be coming to a city near you, After his promotional tour he will be getting ready for country wide tour, hitting all major cities, with an array of other artists, which will be released at a later date. In November of 2009 you will find
DBL at the BET Hip-Hop awards. If you want to see his breath taking performance you will have to attend the Award show after party.
Everyone who hears the smooth and sensual sound of his voice instantly falls in love with him. This very talented, humble individual will not settle until he can share his gift with the world. DBL is a special, loveable, outrageously talented person. Any label would be lucky to have him. He is a down to Earth hard working individual who would make any label millions. For DBL, music is not a hobby. It is his life.