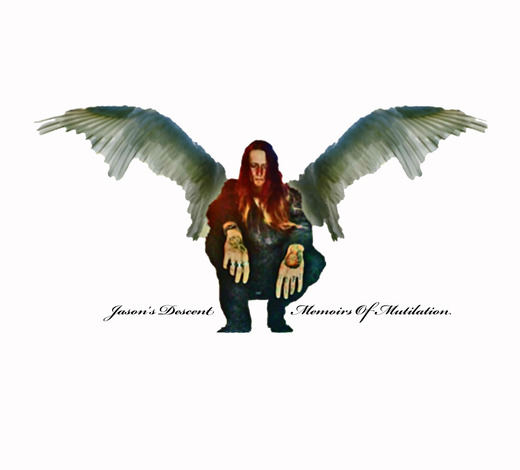 Hailing from the mile high city of Denver, co Jason’s descent is the solo work of Jason McClure. With no band Jason decided to take matters into his own hands and record the music he loves on his own. Recorded in a basement on a simple laptop Jason took a more dark and gloomy approach to his songs.  Writing music that doesn’t involve to overly complicated guitar and drums as it seems to be in popular metal today.  influenced by 80s metal bands and current bands such as gojira and lamb of god Jason set out for a straight forward kind of sound. With Crushing guitars, straight drumming and violent vocals. Playing every instrument on his own he tried to achieve this to the best of his ability.  rather than trying to make the most perfect recording in the world Jason rather set out to make a metal record for those who love the genre as much as he does.  With a take no prisoner’s attitude Jason’s whole life has been in the pursuit of heavy metal.  Playing in various bands with undedicated people Jason was forced to pursue his heavy metal work on his own and the following work presented is the result.  It may not be the best music ever recorded but was done with dedication, passion and a true love for metal music.  So enjoy, kick ass and bang your head!