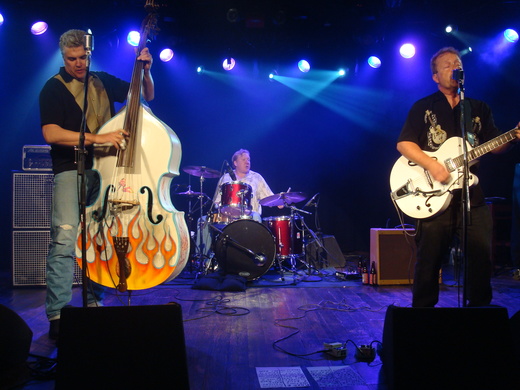 Chuck Hughes is a Denver based rockabilly guitarist/vocalist/songwriter known for his 17 year membership in Hillbilly Hellcats during which time he released 4 CDs and toured 13 countries. Although he still occesionally plays as the Hillbilly Hellcats, much of his time is now spent fronting the Chuck Hughes Band.