The artist known as Ito has been on a journey very similar to the music that he loves. Reggaeton started in Latin America, and when it exploded in Puerto Rico, Ito was practically born into the beat of the snare. From Puerto Rico he moved to New Jersey, and when he was four years old heard his father, Sugal Boy, recording a song onto a cassette tape. He grabbed ahold of the rhythm and the lyrics and would endlessly rap that song to everyone he saw for the next four years. His father must have known that his music would become his son's music even as Reggaeton was being suppressed by the Puerto Rican upper class. Ito and Reggaeton had moved to the big stage of America where Reggaeton was set to blow up from the underground into the mainstream. Spanish is his first language but he nearly forgot it once he learned English from school and his new friends. As a teen he moved to Sacramento and decided that his music should reflect his father and the roots of Reggaeton, and switched back to rapping in Spanish. Eager to perform, he pestered the administrators at his high school for a chance to shine at a rally, presentation, anything. When they finally gave him the chance he got up in front of five hundred of his schoolmates and blew them away. His popularity in school went through the roof, and he began entering talent shows, festivals, and community events. The young man with the Spanish audio attack got questions from all sides about Reggaeton and why he raps in Spanish. "Well, first of all it's in my blood to do what I do - and what I do is rap in Spanish and to make it more interesting. I love to share my talent with not only Latin America but also the United States." In March of 2007 Ito traveled to Miami to see the Reggaeton scene. He met Daddy Yankee on Univision's Sabado Gigante with his uncle Jose Luis (aka Josenigma/The Spray Master). Because Reggaeton is only now really making inroads into the mainstream, it is hard to explain how amazing such an event is for Ito. Think of a rock fan getting to meet The Beatles onstage and having them give you music tips and you might be getting close to the feeling. Now Ito is here at Moodswinga Records, the first Reggaeton artist on the roster, and working hard on his debut album "Soy Yo" due in 2009. The title means 'It's Me', which is a fitting introduction to Sacramento and the entire US for Ito, bringing Reggaeton out of the shadows and up from the hands that wanted to destroy it. 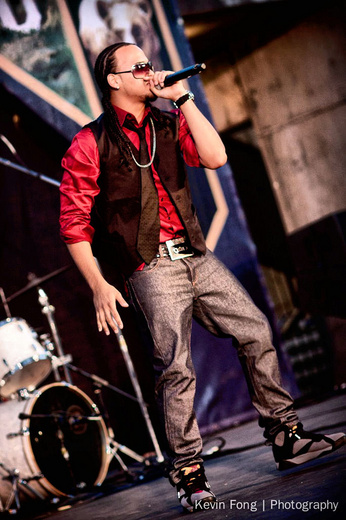