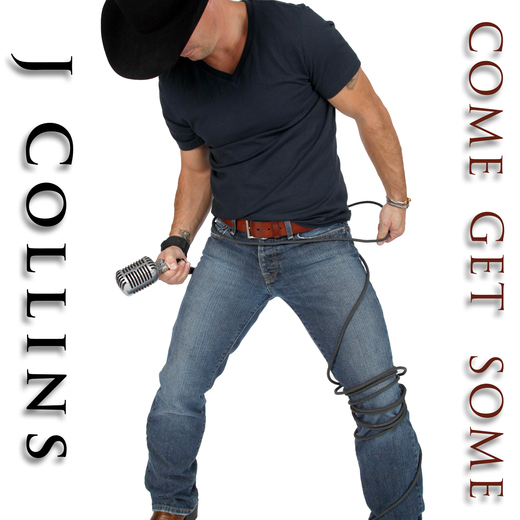 While Jay Collins is an accomplished writer, producer, publisher and singer, his soul really resonates within the music he creates. With the inherent ability to capture his audience through his soulful rustic charm, Collins is a fan based country music artist whose lyrics pay homage to a life of struggle & triumph. Collins’ self-penned debut single(s) demonstrate an authentic musician that puts his spirit to rhythm, his heart to words & his humanity to harmony... With one hand in the past and the other reaching towards the future, Collins is quickly making his mark as an artist who can reach into the heart of America.

Growing up in the streets of upstate New York, Jay learned quickly that he needed an outlet. He started putting emotion to paper in the form of poetry, when he was 9 years old and fell in love with music after picking up his first guitar when he was 12.  But it wasn’t until what seemed like a lifetime later that Collins was truly able to break through the walls and open the gift of melody and lyric that you hear today.

Collins moved to Nashville, in the fall of 2006, leaving behind family and friends to realize his aspirations and define his future in the music industry. In spite of its own array of hardships, Jay arrived in Nashville with high hopes and full of energy. No stranger to hard work having worked as a construction mason laborer, carpenter, painter, labor counselor and sales man, Collins quickly took his place in the Nashville scene, attending every writer’s night, open mic and ASCAP (AMERICAN SOCIETY OF COMPOSERS, AUTHORS AND PUBLISHERS) meeting he could; all while still working, by day, as a sales man.

Success began to unfold as Collins CD “Green Means Go” was finalized between his new home in Jacksonville, Florida and Omni Studio in Nashville. With the new release of “Party Our Hats Off“, opportunity was finally catching up with talent.  The world began waking up to Jay Collins, as radio stations one by one began to play his new single. Capitalizing on his growing notoriety, Jay wrote and teamed with two talented individuals, Delaney Lewis and Brady Clampitt, to produce an emotionally charged song “Time 2 Talk”, a tragic true story of domestic violence that ended in death. As the YouTube hits grow and the single “Party Our Hats Off” receives airplay, Collins is pushing forward harder than ever. With “Time 2 Talk” garnering local and national response, it was recently featured on CW17 WCWJ-TV, YourJax Music. Jay will be attending the biggest event in country music, 2011 CMA Festival, on June 9-12 as a featured artist. Partnering with two major sponsors, Durango Boots and Farm Boy/Farm Girl Brand Clothing, he will be signing autographs with both the seasoned and new comers in country music.

J.Collins continues to pursue his ultimate dream of “changing lives through his music.” His concerts are not to be missed as he reveals the passion of both his song writing and the desire to entertain his fans, as only he knows how. With his career on the move on and taking each fan for a wild and unforgettable ride, everyone should get ready for the party.