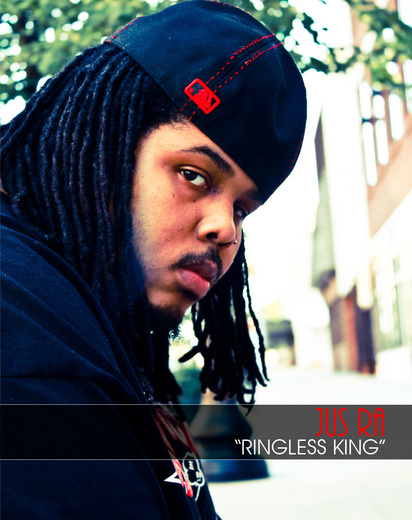 Deon "Jus Ra" Flynn was born In Flint Michigan, he grew up under a house of 5 (mother, father,2 brothers) in a pretty decent neighborhood. Music was always a big part of his life so taking it up as a profession was only a matter of time. Since his years as a recording artist he's worked with labels such as Greyt records owned by Mark Taylor and artist such as ,Alumni,Shava Jay, E-1c aka “Slim City” ,Crown black and Jon E. Fontane, he also formed a small group of artist known as the “Wide Nation". In 2005 Jus Ra met up with two producers named “Rio” and “P’caso“, the 3 along with other producer “J duces” came together to make a label called “Block symfany” which would be changed to Ill konceptz music group due to creative and business differences.. in 2007 Jus ra along with Ill konceptz released a mixtape called "The Cypher" The project was entirely produced in house was recieved very well in the street and on college radio stations, Jus ra also featured on many albums and mixtapes in the local Flint & Detroit hip hop scene. After openeing up for platinum major recording artist such as Freeway,Rocko, Young Buck and Chamillionaire and being invited to perform at the "Get seen get signed" music conference that was held in Chicago. As of late Jus has released his highly praised mixtape "Hope & Despair" along side his debut album entitled "Not Without Doubts", the album is being distributed through Reverb nation and currently is on sale on retail sites such as Itunes, Napster and Amazon mp3. Jus Ra is currently hard at work on his next mixtape "Infamous" the project will feature production from all over the country including some high profile names such as Prolyfic and B.corder. The tape also promises to offer the same lyrical intensity and attention to the craft Ra has come to be known for throughout his career.