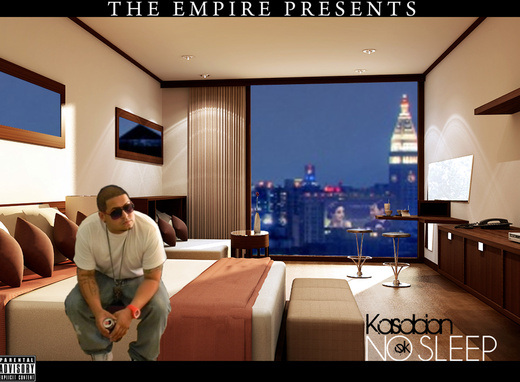 Kasabian comes from a small town in New York City called The South Bronx.With a street driven background quick wits and the gift of gab he decided to pick up a mic and tell a story. At age 12 Kasabian would freestyle in cyphers and started to record him self at home with a mic built in to his computer moniter. In 2007 with long time friend Clarence" MR.49 KEYS" Hurd he began writing and recording at the Trackline studuio. After a few songs down he desided to start his own lable and bulid his own studio and got to work on his first cd "This Is The Future ". Funding his own project and using his desing knowledge he creatied the album art and got it pressed up and sold his album on the streets. Soon after Kasabian got into the local music scene. After winning The Roc The Mic compation by Elite Promotions, Kasabian was asked to join Urban Clutuer Mag, and promo. With failed success he countiued on. In 2010 "Im Back" was relesed. After take a break to have his youngest daughter shortly there after he began working on "No Sleep" inspierd by the strugels of life and lack of sleep began the body of work that is getting great response now. With singels like "Moments" and "Swag Tru The Cellin" got him noticed by Spray Ground and Hoodie Buddie who are sponsoring the album "No Sleep" .Watch as he becomes a staple in music and a force not to be taken lightly.