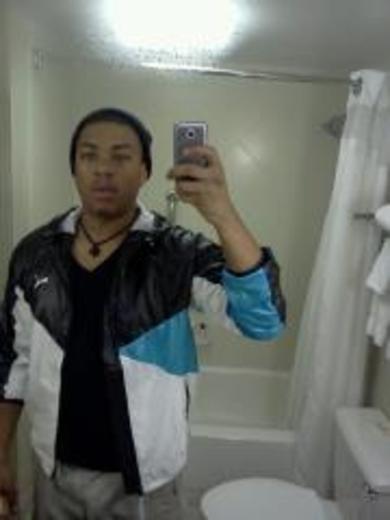 Born Exavier Russell Krewshal Soundz began writing at the age of 13 which at first the intentions was poetry, until his friends and family began to encourage him to turn his poetry in to music. At the age of 15 Krewshal Soundz formed a group called XDC and contiuned writing songs for the group which had one performance before the group was dismantled do to the moving of the other group members. Mean while Krewshals Soundz continued to persue his dream of becoming an artist and made various songs through high school. Thinking that music wasnt going anywhere Krewshal Soundz began focusing on other things in his life. Fast forward to 2009 with the birth of his daughter the hungier and drive reamerged Krewshal Soundz began working again with various local artist in his neighorhood. Now and days Krewshal Soundz is a solo artist and still persuring his dream working harder than ever before. With local artist in his city jodie jermaine of tymeless music and tymeless music them selves on the scene, AM (ASTRO MANIACS), WES WASHINTON , Quence (under Deahl Mgnt) Tweety. and Stack boys Krewshal Soundz is fueled with the drive to succeed. I've had the opportunitiy to speak with Krewshal Soundz recently and he told me and I quote " Music is away of life I wake to the stuido and end my nights with the studio if they even end. I'm truly working hard man. I recently was talking with Jodie Jermaine who is hard at work on his up coming album which you all need to be on the look out cause the kid is serious and is about to kill that album, but he told me just keep working hard if u say u can do it then you can do it so just stay focused. So man im more focused than ever and just trying to keep making music that the people will enjoy listening to." Sounds like a very determined young man to me, so make sure you stay turned cause Krewshal Soundz is about to hit the scene hard.