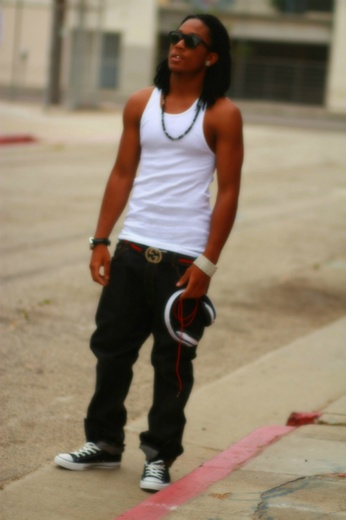 Christopher Glenn is about to release his debut album, much to the excitement of his fans. His unique sound that he has made his own is certain to gain interest from across the world. Growing up in Milwaukee Wisconsin, “LIL CHRIS” started to show all the signs of wanting to be a recording artist at the age of nine. By the time he was 14, he was writing his own lyrics and he was composing beats on the schoolyard keeping his friends partying for hours. Then at the age of 16, LIL CHRIS got his big break. He was referred to a platinum producer and ask for his assistance in crafting some new music. Within one-month period of time, they were in his studio starting work on the new project.

The development of his unique style is the result of a lifetime of musical influence. Growing up in a talented musical family meant that LC was always surrounded by different forms of music. Every year LC is asked to perform as a special guest at festivals. He also has been in many commercials with, U.S. Cellular, Unitedway and Berry Chill. LC has also done advertising for Local Departments.

After realizing that making music was his main goal, he began to showcase his talent in various venues across Milwaukee, playing at numerous gigs and making sure that his name and music were being heard by as many people as possible. He was quickly noted for the unique style and his popularity began to grow. His songs are in rotation on radio, Majic 102.5FM

LC’s songs and videos can be viewed at www.reverbnation.com/lilchrisg .