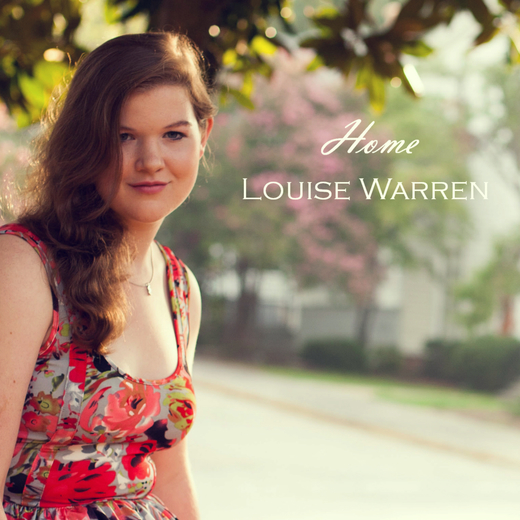 Louise Warren is a force to be reckoned with. A singer, a songwriter, and a heartfelt performer she’s penned songs in the hundreds and performed all over the Southeast including venues such as the 40 Watt Club and Eddie’s Attic. Her song, “Cherish” was featured on Zooey Deschanel’s website, Hello Giggles and “Home” was the focus of a Super Bowl commercial just before the 2013 kick off.

Born and raised in Macon, Georgia, She grew up with a rich musical background; performing in local talent shows and plays, singing in choir, and writing her own songs. When she was fourteen years old, she picked up the guitar and gave the melody and lyrics she had been writing since she was a child their musical “home”.

She has described her relationship with music as “My morning coffee, therapist, and best friend”. Her sound ranges from jazzy, pop melodies found in “Lavender Sound” to more driven, rock tunes like “Haunted”. Described as a “true artist in every sense of the word” by producer and musician, Joey Stuckey, Louise is musical to the bone. No matter where life may take her, she knows music will continue to be a guiding force.