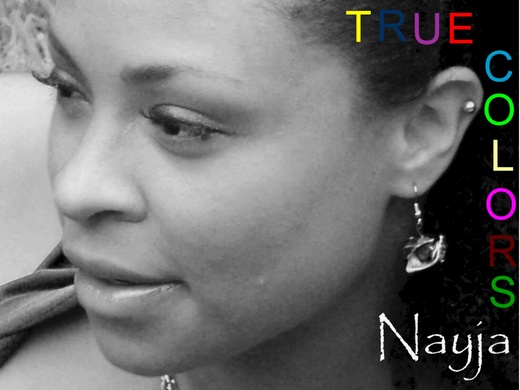 Bio. of Nayja Hicks At the early age of 4 Nayja showed a strong interest in music creation. With a strong vocal range and even tone at this tender age, she often sat at the keyboards creating her own songs vocally and musically. Years later in school Nayja participated in school choirs,talent shows, and on stage plays just to name a few. At the same time she studied and experimented with different vocal styles and techniques. Even at an early age she was exposed to music from the 50's such as jazz and blues, 60's (soul, rhythm and blues, rock,etc), top 40 contemporary and inspirational from the 70's, 80's and 90's. From this exposure, Nayja developed a love for writing poetry and eventually lyrics. Nayja compiled a portfolio of compositions, from that portfolio came a 12 song CD entitled Accept Me As Is. With original songs: Baby Of Mine, The Only One For Me,Torn Between The Two, He's A Smooth Talker, More Than Imagination, 2 In Da Mornin', Misty Blues, So Hot, Accept Me As Is, Who's Laughin' Now?, Yeah Boy You Gotta Go!, and U Ain't S.H.I.T. ; this cd incorporates pop, R&B, and a contagious funk to make you move something, sure to take a listener back to when music was music. Nayja calls this combination young adult contemporary. The first single from this CD entitled So Hot has been mailed out to college radio stations. In the process of putting this cd together, The And of One Music Productions was formed with purpose to produce Nayja musically and vocally with many more songs and cds to come, as well as live performances. On behalf of the And of One Music Productions we thank you for your consideration and your time.

Nayja is back!! She comes with the same sassy girl attitude, tight melodic lyrics and super-hot soundtracks that have a hypnotic groove, sure to keep the listener hooked.  Nayja aimed to take her second album to the next level by infusing R&B Soul laced with a Jazz-Funk over tones.  Her ten song CD entitled True Color is set to be released 2011.  It contains the following singles: I’m Just Not Over You (Didn’t Wonna See Your True Colors.), Not My Taste, Cake & Cookies, Open Arms, Spend the Night, Finer Things, After Midnight, So Much More Than Love, I Know It’s True, and Starlight. These songs have a combination of old school funk and new school grooves. So buckle up take this ride.