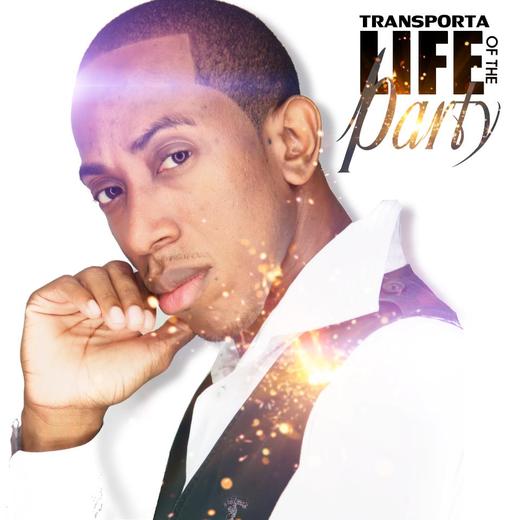 Pop/Dancehall artist Transporta has announced the release of “I Want To Dance With You,” which is the first single from his new EP entitled, Transporta: Life Of The Party.” The seven track EP is slated for release on September 5, 2011 on the Rich Entertainment label. The official music video for the single, which dropped onto YouTube one month ago, is receiving accolades from fans in Jamaica, China, Japan, Germany, and Paris
“I Want To Dance With You” is a pop/dancehall groove that comes out of the starting gate with a burst and never slows down. With a nice hook and beats, the bass, synthesizer and harmonies combine to create an explosive track that club and party goers will enjoy getting their groove on to, working up a sweat in the process. If the quality of “I Want To Dance With You” is in any way indicative of the sweetness of the remaining 6 tracks on Transporta’s new album, Transporta: Life Of The Party, then he surely has a hit on his hands. Fast paced and funky, Transporta has recorded and produced a song that will have you on your feet and in a mood to dance
The singer/songwriter was born in Kingston, Jamaica and became interested in music as a child watching his uncle perform at live shows. He moved the U.S. in 1995 at age 17 at which time he began dabbling in music and began to take it more seriously, performing with his uncle. After receiving advice from a friend that he should try songwriting, he did so and after performing that song for his advisor, it was clear that music was definitely one of his talents. Transporta joined the rock and roll band Neptune 66 at age 19, but it wasn’t until he met his now musical partner Philippe Trackman that things began to fall into place. In 2008, he won the Battle of the MCs talent show in West Palm Beach, FL. Transporta recorded his first single, “9 to 5,” from his first EP The Solution in 2009. When he and Trackman were informed that the movie Step It Up was being released, they tagged a song called I Want To Dance With You as being on the soundtrack, and uploaded it to YouTube, only to find that the song had been reposted about 20 times, and every reposting had more than 20,000 views. That was his reality check that people really did enjoy his musical style, and he decided to continue making music as a career. Transporta: Life of the Party, which will be released on September 5th, is his second EP
Transporta’s musical influences are the Jamaican artists Bounty Killa and Vybez Kartel, as well as Michael Jackson, Usher, Biggie Smalls, and the Black Eyed Peas