About No Name N

Originally from-Indianapolis, IN, No Name moved to-Albuquerque, NM 5 years ago to organize his musical thoughts and platform called, “3 Verze Newz”. No Name and his half-brother were raised by their mother, a single parent. Observing countless days of his mother working, and giving her all to support him and his brother was all No Name needed to see and understand how the world really worked as a kid. Watching his family grow apart, and past friends walk away, as if his opinions and leadership skills did not matter, has affected his psychological growth, while maintaining as an eccentric/artful individual who see’s today’s society as what he calls “the phony maze”. According to No Name, it is this -“phony maze”- that is causing too many families to grow apart and seek unfocused paths, because of monetary greed... No Name’s lyrical content scrapes the surface of real life issues, to the depths of political and corporate scandal, racism, religion and cultural pride. His platform is sure 2 grasp the mind of the so called intellectual, while providing poetic confidence to those who feel the system has failed them. No Name’s - poetic thought’s - stem from the bases that “everybody matters”. He feels that Americas current state is due to, false leadership, given to those who primarily have backgrounds that include monetary means, which promotes respect or fear of those who don’t have a gift for leadership… No Name’s societal evaluation has produced metaphorical thought’s that when blended together with- literal reality- reveal that God’s soldier’s are the- unappealing thugs- who fight for and speak the truth for change…will the world listen, or continue on the very destructive path it created? With an, B.S. in Industrial Technology, from Ball State University, his path so far has been purely spiritual. He fears not the “phony maze”, but those who see the tattooed thug as a threat…choice of words tell the real story, and most of all-“If I Have No Vision, Then Life Iz Just Talk”. - No Name N. Influences Include: L.A.(friend)/ 2-Pac/ Ice-Cube/ Scarface/ Eminem (Orators) 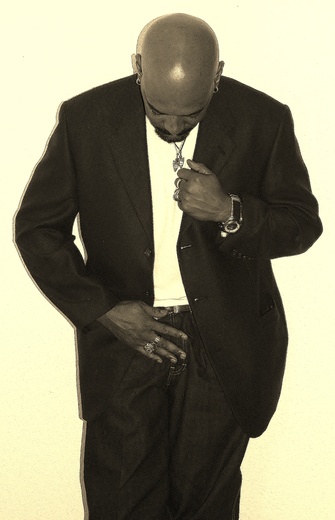