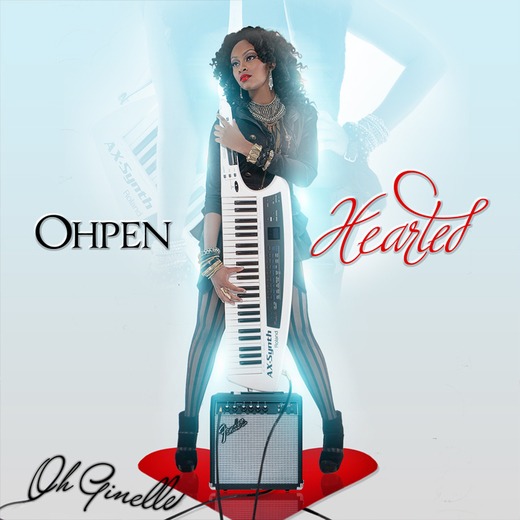 OhGinelle It's not my name it's a statement! Consisting of sweet sultry vocals, with an R&B blend, infused with an 80's pop edge, that's how you can define the sound and style of OhGinelle.

Stephanie Ginelle Yorke was born in Brooklyn, New York and raised in beautiful South Florida. OhGinelle's musical foundation was established at the tender age of seven. She attended music school where she played the piano and often auditioned for roles in plays. Managing to land the lead role singing Etta James "At Last" in her school play, OhGinelle got her first taste of being a star. "I was kind of nervous, but the audience loved it and gave me my first standing ovation", the songstress recalls. From that point, there was no denying that music would be her life. OhGinelle is known for saying "I'd rather sing before I talk, I'd rather dance before I walk". It may seem strange to others, but to OhGinelle it makes perfect sense.

Inspired by artists such as Diana Ross, Vanity, Sade, Alison Hinds, and Beyonce, OhGinelle's smooth and soulful vocals is a new twist on the classics. This singer/songwriter enjoys writing and telling her stories in songs and enjoys reliving memories with every word; even the bad memories, which have paved the road and reminds her of who she is.

With style, grace, intelligence, creativity, amazing vocals, and a bit of sexiness, the sky is the limit. There are no boundaries for this up and coming artist. She is looking forward to a year filled with music opportunities that God has in store.