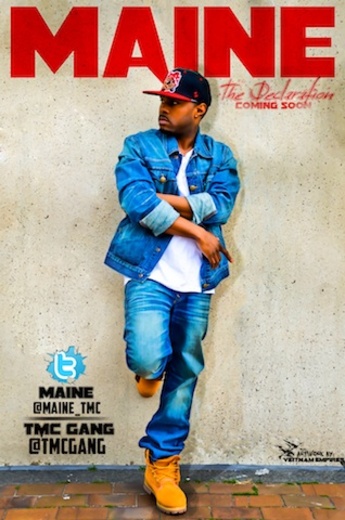 Maine is no rookie when it comes to making good quality music. He has had his foot in and out of the industry for some years now. He was a member of the former group Code 5, who was signed to Elecktra Records back in 2000. Code 5 later regrouped and renamed themselves XL, where Maine laid a quick verse on the hit single "Hate Yourself." Maine is back as a solo Hip Hop artist and is ready to exploit his talent to the world again. Look out for his mixtape "The Declaration" which will be coming soon.