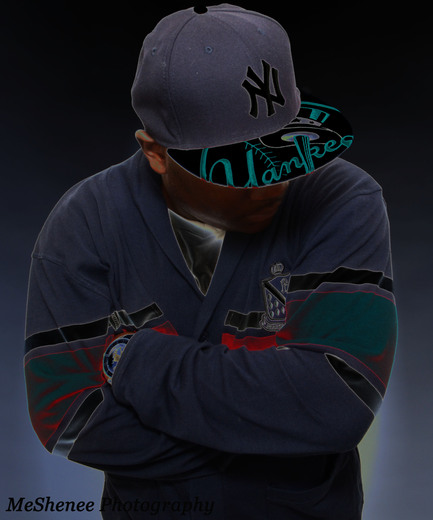 K.O.V.E is amongst the latest addition of talented hip hop artists to make a solidified name for themselves in the DMV area. His accomplishments include winning the regional competition for Coors Light Search for The Coldest . K.O.V.E is now referred to as the “Coldest MC” in Baltimore. He also scored an exclusively produced track by Jeanie Jones “Kitty of the city” and Nate Jolley on the BET Rap It Up Mixtape. An in depth artist interview on K.O.V.E can be found on KYSDC.com where he was also a featured artist on DMV’s OWN 93.9 WKYS radio station.

K.O.V.E began his lyrical journey as a child trying to escape the cruelties that made him question his very existence. Growing up an impoverished victim of neglect and abuse K.O.V.E had one secret outlet-- His writing. He shared this with no one, but when he laid pen to paper he created his own form of cathartic relief. It was in those moments that he was able to turn the pain of ridicule and insecurity into inspiration and works of art.

Having an older brother with a love of hip hop proved to be another form of inspiration for K.O.V.E . Coming home from school to the sounds of hip hop’s golden era was his consistent (if the only) form of joy. The likes of Big Daddy Kane, Rakim, LL Cool J, and KRS One became the muses that brought the ink in K.O.V.E’s notebook to life. Once mere words on paper they now took on a metamorphosis into K.O.V.E’s very own verbal arsenal.

By the early 90’s K.O.V.E had honed in on his flow and lyrical ability. Artists such as Notorius B.I.G., Tupac, Wu-Tang Clan, The LOX, Jay-Z, and DMX became a reincarnated form of inspiration for his craft. K.O.V.E would begin to join ciphers and rap all of his written gems anywhere anyone would listen. Showcases, clubs, block parties, and charitable events. You name it, he was there! It is that ferocity that has put him at the forefront of notable artist hailing from the DMV.

K.O.V.E. has gone on to win multiple artist showcases in the DMV and NYC areas. His story may be one of mostly tragedy, but they are all tragedies that he has woven into triumphs.

Due to his relentless perseverance this phenomenal new artist is now no stranger to the lime light. K.O. V. E’s talent has given him the opportunity to open up for mainstream hip hop artist such as Wale, Young Jeezy, Memphis Bleek, Pastor Troy, and Mr. Cheeks.
K.O.V. E is currently in production of his latest work, a mixtape – MAKINGMUSIC LIVINGLIFE