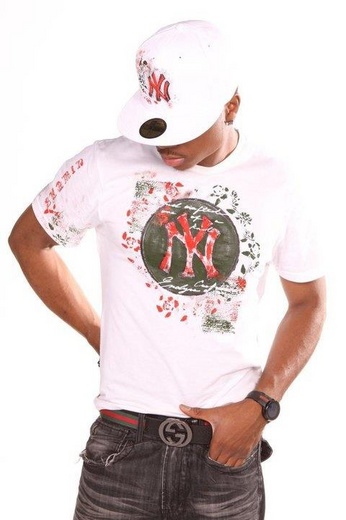 Shamir is a young singer/songwriter with a unique sound of soul blended with new school swag. His dedication to originality keeps his style both timeless and refreshingly relevant. His music can best be described as R&B with a Pop edge, but being influenced by everything from Mozart to Maxwell to Madonna, his sound has the potential to cross several genres.

With legends like Marvin Gaye, Michael Jackson and Carlos Santana shaping his musical roots, Shamir also recognizes the influences of more contemporary artists such as Usher and Enrique Iglesias.

“I’m probably the only dude that has Jay-Z and Canon in D Minor in the same playlist on his iPod,” jokes the boyishly handsome 18 year old.

Perhaps the truest testament to his universal love of music is the fact that his greatest inspiration to song write was not a singer at all (unless you want to count the first few bars of “Ambitionz Az A Ridah”).
“I remember listening to 2Pac’s All Eyes on Me,” starts Shamir while practicing dance moves for an upcoming showcase in Manhattan. “The fact that TuPac wrote the album during a time when most of the world had given up on him inspired me. It taught me that even through the toughest adversity one can persevere and still succeed. From that moment on it was not enough to sing, I wanted to write and create my own music as a form of self expression.”

Since then writing music has been a craft that Shamir works tirelessly at perfecting. He won the Nassau Community College Idol competition with an original song in 2008, beating out over 40 contestants. Both the audience and judges were impressed by his singing and dancing skills, slightly reminiscent of a young Usher.

An accomplished musician, playing both the guitar and piano since age 11, Shamir is also a co-producer on some of his more recent tracks.

While music is presently his main focus, Shamir has proved himself to be talented in other arenas. These experiences have helped build his confidence, evidenced by his amazing stage presence during his musical performances.

When asked the question, “Who is Shamir?” the young Haitian son of a hard working registered nurse mother and financial adviser father replied, “I am a man who believes impossible is nothing”. This is an adage he embodies every day. If you want to get this guy's attention, try and point out something he can’t do. He prides himself on being a very well rounded individual and artist.
He works as hard at school (with a 3.5 GPA) as he does at his music. And while Shamir has his own personal answer to the question of who he is, most of his new fans’ resounding answer to the same question has been, “Shamir is a star in the making . . “

We are definitely looking forward to sharing the rest of his journey with the world.