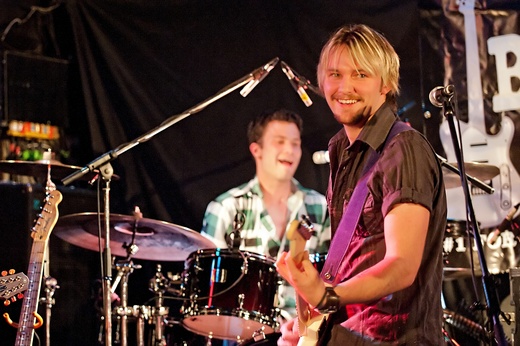 My name is Roland, Manager for Steve Gibson

Steve was born in Newcastle upon Tyne, England, he is twenty one years old, he moved to North America three and a half years ago to follow the Country Music scene. He was influenced at a very early age by Mark Knopfler who his Dad new personally when they were younger, this shows in hia guitar playing

He has played at many venues, including Craven Country Jamboree Steve's music is Country but upbeat Country, he has two singles released to Canadian Radio and some radio stations in the UK. Steve writes and produces all his own music his 10 track album is due to be released in May 2010 all guitar and vocals are by him.

Steves web sit
www.stevegibsonguitar.com
by Steve Gibson band on April 13, 2010 at 9:43 AM EDT