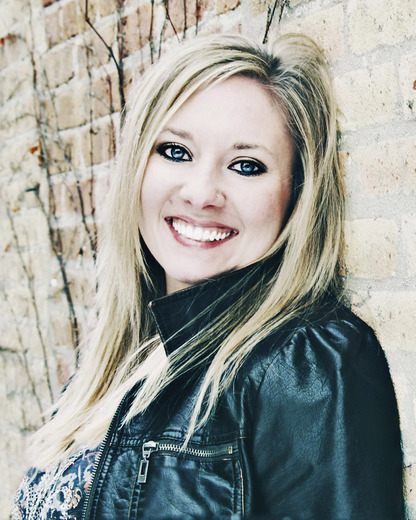 Kimberly Wolff is a country artist whose combination of vocal talent and entertaining ability creates a show that is unmatchable.  She realized her passion for performing at the young age of seven, and since has taken advantage of every opportunity to get on stage.

"I feel most comfortable when I am on stage entertaining people. There is no better feeling in the world than to look out into an audience of 10 people, or 10,000 people knowing that all eyes are on you, and your job is to make them happy."

After attending St. Ambrose University to study music, Kimberly came home to Illinois to start the career she had been working for all of her life. Kimberly quickly gained the support of some of Chicago's biggest and best radio stations, producers and venues. She traveled to and from Nashville multiple times and was named Nashville Star Search's "Best New Talent."

After seeing Kimberly perform, Today's Country Magazine stated, "Kimberly Wolff is definitely a Chicago area performer to keep your eyes on."  The magazine, as well as anyone who has had the chance to see Kimberly live, was blown away by the singers ability to perform.

"Kimberly Wolff is not what you'd expect a female country artist to be.  Her show is high energy from beginning to end.  Her vocals are every bit as good as any artist you hear on the radio today, if not better.  She is most definitely a star in the making."

Things have not slowed down for this rising star and after gaining much praise and encouragement from Chicago's industry professionals, Kimberly decided to make the move to Nashville permanently.  2012 promises to be an incredible year for this artist as there are many new and exciting things in the works.  Some of Nashville's best are already lining up to become a part of this singer's rise to the top.  Keep your eyes open because things just keep getting better and better for this up-and-coming country star!

"My passion since I was little has been to be a performer. I always knew this is what I wanted out of my life and I have had so many great experiences that have put me where I am today."