About The Park Band

The Park Band came together for the first time during the summer of 2008, and they have been blowing up the stage ever since. They have played across the southeast while also working their way up the east coast, and they don’t plan on slowing down anytime soon. Their amazing vocals, unforgettable harmonica, incredible guitar riffs, and hard hitting rhythm section gives The Park Band a sound like no other that fits into no particular genre but their own. They have proven to be a very fun and chilled out group that puts on a high energy performance creating such a fun and exciting atmosphere everywhere they go. Although difficult to describe in words, their sound is a delivery of southern rock mixed with a little jam blues in between. Their catchy songwriting has led The Park Band’s original songs to become very popular among their fans. As of December 2010, The Park Band has averages roughly 150 shows a year sharing the stage with national acts such as 2011 American Idol contestent Paul McDonald with Hightide Blues, Moon Taxi, Still Time, and Blackberry Smoke

The Park Band’s debut album “Peace of Mind” was released on September 18, 2009. The album holds eight original songs that deliver a classic southern rock and roll sound that some say resembles a mixture of Tom Petty and The Black Crowes. The album was produced by Jeremy Stephens of Clearwave Recording Studio in Decatur, Alabama who has worked with artists such as Gregg Allman, Jason Isbell, Highly Kind, and JB Roberts. The album is now available for download on iTunes and CD’s are available in the online store or at any of their live performances. 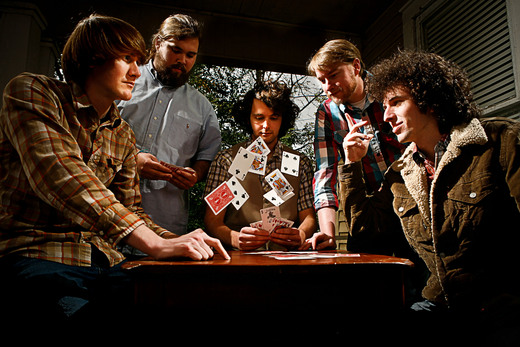