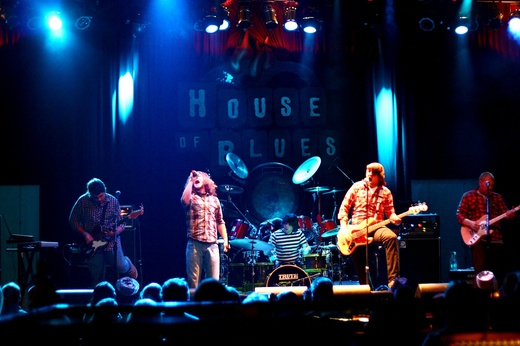 About the phoenix effect

Simply listening to music has never been enough to move people. The song itself has to ignite passion in the listener and meet them where they are in life. Giving them inspiration and hope in an, otherwise, overwhelming situation. And that's exactly where The Phoenix Effect begins. "We strive to be more than just music in all that we do. The Phoenix Effect is more of an experience and a way of life." says lead singer, Chris Hamilton. "When people leave after our show, we want them to take a piece of us with them. A sense of understanding that they're not alone in this life."
From his humble beginnings in Rancho Cucamonga, Chris brought together musicians Jon Kowalski (Bass), Matt Sturgis (lead guitarist), Travis Wheeler (rhythm guitarist), and Nick Gutierrez (Drums), in an effort to bring a different type of music to the audience. Following inspirations such as Thrice, Emery, The Almost, There for Tomorrow, and Circa Survive, The Phoenix Effect stretches their musical abilities in every song to make every show memorable. Whether it be for the sixty people at The Wire (their local venue), or the five thousand they preformed for at The Audio Overload Festival in Orange County, every show is a whole new Phoenix experience. From Chris' martial arts inspired movements during the performance, to the unforgettable melodic choruses and driving leads, The Phoenix Effect calls to those ready for change. Showing all that change begins with me. Are you ready?