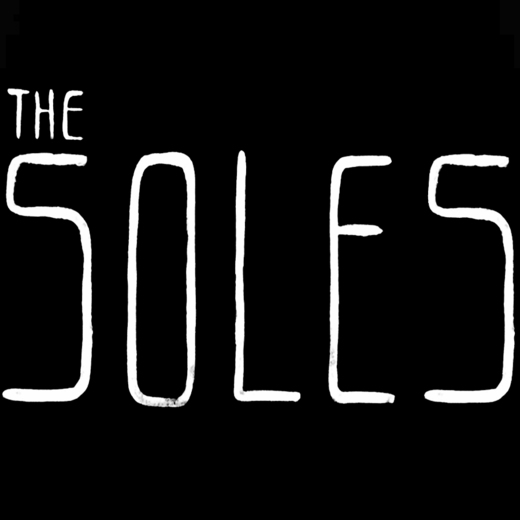 QUOTES ABOUT THE SOLES

"Since forming in 2001, Toronto-based trio The Soles has been earning praise from fans, critics, and fellow musicians"
- Adam Morrison (Alan Cross' Exploremusic.com)

"I just love this writing! 'Jesus Las Vegas, hasn't come to save us', what a great tagline"
- IndieCan Radio

"The Soles have Soul! Just love your music! The song Broken Ghost hits home as my wife works with the homeless of Edmonton!"
- Pete and Brian, Shoebox show, CJSR FM, Edmontn Alberta

"'They say that some have and some of us don’t, if we’re all one body how could one arm be broke?' is a powerful line that comes off the title track. Maybe this EP can be a soundtrack to the coming election"
- Ride The Tempo.com, Blog

"The Ford audio clip gave me the shivers. Truly frightening. Thank you ... I will play it [Broken Ghost! Thank you for the musical ativism"
- Alex Tse, CJSF Burnaby BC, PR Coordinator

"The message is clear, the music is good and the project as a whole offers up food for thought. Broken Ghost is, in my opinion, some of The Soles’ best work!"
- Melissa Minners, Review. G-POP.net, New York

"I did see that new record (Broken Ghost EP) and I did play it Monday night, it was quite good"
- Dog Eat Dog Radio, CFRC FM Kingston ON

"I see that you are considering your every action deeply, Din. I admire you for that, and I am inspired. If each one of us on this planet did that, the planet itself would be a much different place on which to live. You encourage me! Blessings"
- Neale Donald Walsch (Author of the million plus-selling CWG Trilogy)

"I have listened to these songs many, many times since you first sent them my way. Fantastic stuff!"
- Will Braun, Former editor, GEE