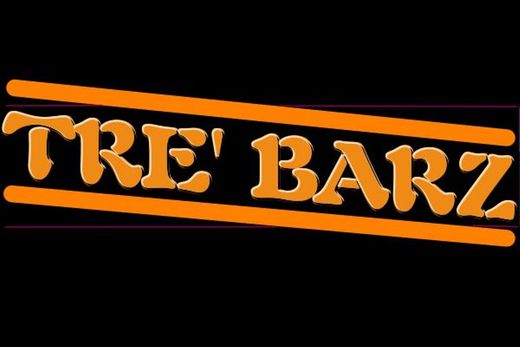 The name Tre' speaks for itself it’s his first, middle and last letters in his name. Hailing from Queens, N.Y, Tre'Barz (Tyrelle Scott) has been involved with music as a young child since the early 90's. Joining forces with P.M.C. (Playas Makin Cream) Entertainment in 1998, he enjoyed his musical success while throwing events and performing at them until the group separated in 2003. Tre' then took his style and focused on the party audience of the game. With his new unique party style of music he landed at SpitFire Entertainment in 2004. At SpitFire Ent his projects were being pushed back forcing him to take his skills to another level and then join forces with TwelveRounds in 2009. Now you can hear him making song after song w/ DarkKnoize Ent. on a consistent basis. Tre'Barz Has Done Collaborations With Taquan The Av, Genese, Sycle, F.L(Fast Lyfe), E.VoCalz and other various artists. Check Tre'Barz Out On UK's own REPDAT and PLATINUM TEARS Mixtape " Lyricists Only Need Apply" – One of two American artists to perform on their United Kingdom MixTape... You can catch Tre’Barz performing his versatile lyrics at showcases. As For 2010, Tre'Barz has performed at The Blue Villa Lounge in the Bronx, NY, Club Azur In Bridgeport, Conn, Bowery Poetry Lounge “Elegant Hoodness Affair” And Many More -  To See All Of Tre’Barz Music Websites Go To www.itsmyurls.com/trebarz Or Google Me – Tre’Barz