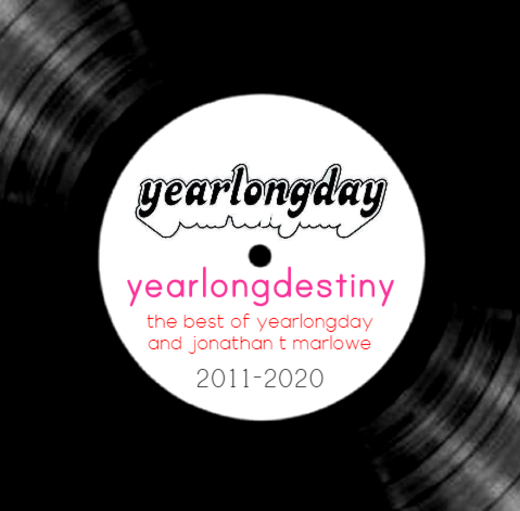 YEARLONGDAY is an electro-acoustic alt-pop project based in new jersey, usa that centers around jonathan t marlowe, the lead vocalist, guitarist, & songwriter. prior to forming yearlongday, jonathan t marlowe wrote three solo albums: HUMANS (2000), MODERN MOMENTS (2002), and UTOPIA (2005).
…
various other musicians have contributed to YEARLONGDAY. in october 2006, the project became a duo with marlowe on guitars & lead vocals, accompanied by light percussion and female vocal harmonies, both in live performances & recordings. BEST EXCUSES, the debut studio album from this line-up, was released in july 2009.

… in 2008 and 2009, drums & bass were added to YEARLONDAY’s stage line-up. in 2010, that combination of musicians & instruments was expanded to include a multi-instrumentalist and a lead guitarist (a six-member ensemble). no studio recordings were made with this line-up.


... in 2011, yearlongday took a year's respite from live performance to focus on research & development of forthcoming projects. the results included: "restored" versions of the original marlowe trilogy, a 2000-2010 'best of' album, plans for a book, over 12 new recordings, and a new stage line-up.

... that new stage line-up included marlowe backed-up by a kit-drummer and a new female harmony-vocalist; this version of the group performed the album-release of YEARLONGDAY's second album, "ALL THAT WE SEE & ALL THAT WE SEEM" (2012).

... in 2013, marlowe began distmantling the YEARLONGDAY "project", but not before one more show with a five-member ensemble. the last live recording of YEARLONGDAY was the original male/female duo performing early versions of what was to come after the band had ceased to perform live.

... between 2013 and 2015, marlowe envisioned both YEARLONGDAY's third & final studio album, as well as his first solo album in 10 years! that third album, "CONTROLSTRUGGLE" was released 'posthumously' in 2017 (streaming) and 2018 (cd). marlowe's fourth solo album, JE ME SOUVIENS, was released in 2018 (streaming-only).