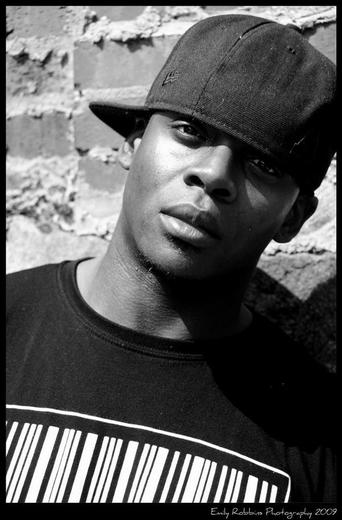 Kannapolis NC native artist Young Moss has always had a passion for music. His art of story telling paints a verbal Devincci of urban wars, chaotic unforgetful parties, and dramatic relationships. The artist brings a positive party approach of inspiration of life to his audience. His works have been in affiliation with world famous producer R-Kitech who has produced for artist like Fat Joe, Kieth Murray, EPMD, Sky Zoo, Illa Gee, etc. Doing performances all through Charlotte NC, Atlanta GA, Killeen TX, New York, Arizona, California, and Florida he has accumelated a very loyal fan base.

Currently working on a project due to release September  2013 called "P.O.M.E. (Product Of My Environment)" Young Moss is looking to bring a party packed debute of songs that will surly tear down the club. He delivers unpresidented insight on his personal experiences of being in the street. Songs like "Fly Zone", "Hyperventilate", and "Jazzy Lover" shows the artist versitle ability to paint perfect pictures of real life experiences, and emotions on a A list perfomance scale. Non the less the artist doesn't take a high side to his life more to the average joe of artist that stands on a top billboard platform.

Often mistaken for mega star Curtis "50 Cent" Jackson, Young Moss has a flow a lot will vouch as a top competitor in the hip hop industry. Son of a gospel player Young Moss has music running in his veins from the melodies in his stacked hooks. You can find old souls of negro spirituals aloud, and proud in his confidence of getting out his messege. Truly one of the most unique artist that catches you with top selling material, and can take colaberations for a down south ride; with a mix of New York and West Coast swag.

Keep on the lookout for new music from Young Moss for this Kannapolis native is very much a guarantee success.