Born Malcolm Lee in the city of Richmond VA in 1986 on the sixth day of September. Born with the uniqueness of having twelve fingers his mom Belinda Lee bought him a piano at the age of two. By the age three Malcolm started raping lyrics to his favorite rap groups of that day and age. Rappers like Rakim, LL Cool J, Run DMC and the Fat Boys was a big influence in the young artist’s development of the hip hop culture. At ten Shy often wonder what it would be like if he could make a song. After taping his favorite rap songs off the radio he would sit and copy word for word the lyrics and rewrite them with his own flavor to it. When Malcolm was in seventh grade he began to write his own lyrics. After discovering that he had the talent to make music Malcolm wanted to create something big, something so unique that the world would be amazed. It took many trial and errors for Malcolm to find that perfect stage name.  However, even though a stage name is defined as another identity Malcolm wanted to create something that was not just another identity but something that was realistic. Something different, something that no one has ever attempted. After creating this stage persona Malcolm must overcome the fact that he was shy. Being label a quiet boy throughout school and the workplace a light bulb seem to turn on in the mind of the then fourteen year old. A character played by Method Man in the movie Belly seems to strike a lot of interest in him. Not how the character was portrayed but his name, Shameek. So Malcolm decided to look up the words shy and meek. Shy meaning the lack of boldness and determination and meek meaning deficient in spirit and courage both describes Malcolm’s personality. So he decided to put the two words together but separate it with a period to present a stage that was two words that describes him but was the opposite of what he wanted accomplish. Shy.Meek was created !

Shy.Meek ! Ceo, song writer, producer, audio engineer, music video editor and director, entrepreneur just name a few things this artist does. In 2010 on the day after Chirstmas, Shy.Meek dropped his debut mixtape entitled Jet.Lag and released it to the public at three different DTLR locations (White Oaks, Regency Square Mall, Virginia Center Commons). This was the begining of Green Muscle Entertainment. The mixtape quickly spread across Richmond and the name Shy.Meek started to be in the mouths of people unknown to him.  After seeing the success of the mixtape Shy.Meek decided to take his talent to the stage.  In the summer of 2011 Shy.Meek and co-ceo of Green Muscle Paq~Mane hit the stage by force. At a showcase hosted by Jay30 The Promotions King called Show Your Skills Showcase Shy.Meek overcame any fear of being shy and gave fans something different from the normal Richmond artist. With takeover in his mind and passion in his lyrics Shy.Meek dropped is second mixtape Harry Potter 2 to promote the song of the same name produced by Southside of BrickSquad Monopoly. The song did numbers on youtube and was a hit in the streets. After the success of the Harry Potter 2 promo mixtape Shy.Meek then dropped his second Green Muscle official release mixtape called No.Plastic. This mixtape had big features and production from industry producers and was the beginning of a new wave of Richmond Music... 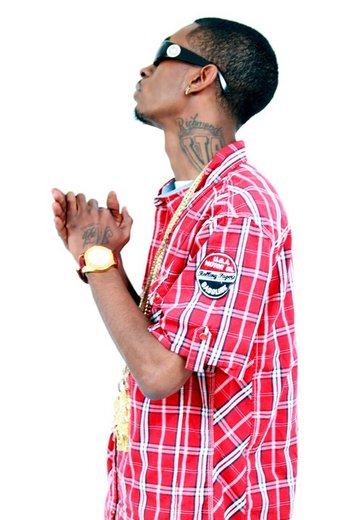